CV19 antigen test of a random representative sample in Austria. CFR (or IFR, to be very precise) is close to 1%.


WSJ: More twice as many people have been infected by the new coronavirus in Austria than official figures showed, according to a new survey, with a fatality rate of 0.77%.

The nationwide survey, which the Austrian government described as the first of a country with a sizable population, showed that lockdown measures, which are particularly strict in Austria, were necessary to avoid mass casualties and overwhelming the health-care system, said Heinz Fassmann, the country’s education minister, who presented the study in Vienna Friday.

The study, conducted by polling firm SORA in cooperation with the government the Red Cross, tested a random, representative sample of 1,544 people aged 0 to 94 from across the country in their homes or in drive-in testing stations. It indicated that 28,500 people, or around 0.33% of Austria’s 8.9 million population, were infected with the virus by April 6, sharply higher than the 12,467 infections recorded by that date, with 220 people dying of Covid-19, the disease the virus causes.

The findings suggest that while the death rate implied from the study, 0.77%, is lower than the World Health Organization’s estimate for reported cases, which is over 3%, it would still mean that the virus could kill many millions of people before a vaccine is available. 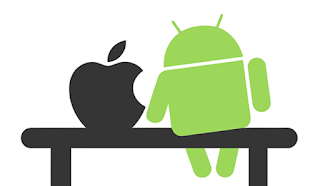 Note Added: First sign of Google / Apple action to bring the full power of geolocation to bear on contact tracing and isolation! These capabilities have been available in China for some time now.


Bloomberg: Apple Inc. and Google unveiled a rare partnership to add technology to their smartphone platforms that will alert users if they have come into contact with a person with Covid-19. People must opt in to the system, but it has the potential to monitor about a third of the world’s population.

The technology, known as contact-tracing, is designed to curb the spread of the novel coronavirus by telling users they should quarantine or isolate themselves after contact with an infected individual.

The Silicon Valley rivals said on Friday that they are building the technology into their iOS and Android operating systems in two steps. In mid-May, the companies will add the ability for iPhones and Android phones to wirelessly exchange anonymous information via apps run by public health authorities. The companies will also release frameworks for public health apps to manage the functionality.

This means that if a user tests positive for Covid-19, and adds that data to their public health app, users who they came into close proximity with over the previous several days will be notified of their contact. This period could be 14 days, but health agencies can set the time range.

The second step takes longer. In the coming months, both companies will add the technology directly into their operating systems so this contact-tracing software works without having to download an app. Users must opt in, but this approach means many more people can be included. Apple’s iOS and Google’s Android have about 3 billion users between them, over a third of the world’s population. ...