May 5 2022 talk in the international seminar series Quantum Gravity and All of That.
The talk is pitched at a slightly more expert audience than previous versions I have given.
There are interesting comments by and discussions with G. Veneziano, V. Rubakov, Suvrat Raju and others during the seminar.
The Zoom client on ChromeOS does not allow me to see others in the meeting when I share my slides fullscreen. So at times I was not sure whose questions I was responding to!
Slides.

Abstract: I discuss recent results concerning the quantum state of the gravitational field of a compact matter source such as a black hole. These results demonstrate the existence of quantum hair, violating the classical No Hair Theorems. I then discuss how this quantum hair affects Hawking radiation, allowing unitary evaporation of black holes. Small corrections to leading order Hawking radiation amplitudes, with weak dependence on the external graviton state, are sufficient to produce a pure final radiation state. The radiation state violates the factorization assumption made in standard formulations of the information paradox. These conclusions are consequences of long wavelength properties of quantum gravity: no special assumptions are made concerning short distance (Planckian) physics.

Raghu Parthasarathy is the Alec and Kay Keith Professor of Physics at the University of Oregon. His research focuses on biophysics, exploring systems in which the complex interactions between individual components, such as biomolecules or cells, can give rise to simple and robust physical patterns.
Raghu is the author of a recent popular science book, So Simple a Beginning: How Four Physical Principles Shape Our Living World.
Steve and Raghu discuss:
0:00 Introduction
1:34 Early life, transition from Physics to Biophysics
20:15 So Simple a Beginning: discussion of the Four Physical Principles in the title, which govern biological systems
26:06 DNA prediction
37:46 Machine learning / causality in science
46:23 Scaling (the fourth physical principle)
54:12 Who the book is for and what high schoolers are learning in their bio and physics classes
1:05:41 Science funding, grants, running a research lab
1:09:12 Scientific careers and radical sub-optimality of the existing system
Transcript.
Resources:
Book - https://press.princeton.edu/books/hardcover/9780691200408/so-simple-a-beginning
Raghuveer Parthasarathy's lab at the University of Oregon - https://pages.uoregon.edu/raghu/
Raghuveer Parthasarathy's blog the Eighteenth Elephant - https://eighteenthelephant.com/
Added from comments:

It was a fascinating episode, and I immediately went out and ordered the book! One question that came to mind: given how much of the human genome is dedicated to complex regulatory mechanisms and not proteins as such, it seems unintuitive to me that so much of heritability seems to be additive. I would have thought that in a system with lots of complicated,messy on/off switches, small genetic differences would often lead to large phenotype differences -- but if what I've heard about polygenic prediction is right, then, empirically, assuming everything is linear seems to work just fine (outside of rare variants, maybe). Is there a clear explanation for how complex feedback patterns give rise to linearity in the end? Is it just another manifestation of the central limit theorem...?

This is an active area of research. It is somewhat surprising even to me how well linearity / additivity holds in human genetics. Searches for non-linear effects on complex traits have been largely unsuccessful -- i.e., in the sense that most of the variance seems to be controlled by additive effects. By now this has been investigated for large numbers of traits including major diseases, quantitive traits such as blood biomarkers, height, cognitive ability, etc.

One possible explanation is that because humans are so similar to each other, and have passed through tight evolutionary bottlenecks, *individual differences* between humans are mainly due to small additive effects, located both in regulatory and coding regions.

To genetically edit a human into a frog presumably requires many changes in loci with big nonlinear effects. However, it may be the case that almost all such genetic variants are *fixed* in the human population: what makes two individuals different from each other is mainly small additive effects.

Zooming out slightly, the implications for human genetic engineering are very positive. Vast pools of additive variance means that multiplex gene editing will not be impossibly hard...

How We Learned, Then Forgot, About Human Intelligence... And Witnessing the Live Breakdown of Academia (podcast interview with Cactus Chu)

This is a long interview I did recently with Cactus Chu, a math prodigy turned political theorist and podcaster. (Unfortunately I can't embed the podcast here.)
Steve Hsu: How We Learned, Then Forgot, About Human Intelligence... And Witnessing the Live Breakdown of Academia

26:29 Is Lack of Understanding due to Denial or Ignorance?

29:29 The Past and Present of Selection in Academia

37:02 How Universities Look from the Inside

50:24 Progressivism as Demagoguery Against the Self-Made

1:41:27 Jumping Into Social Problems From a Technical Background

An automated (i.e., imperfect) transcript of our discussion.
Here's an excerpt from the podcast:

"If you are not high [Math], you cannot reason from statistical data" pic.twitter.com/N3glUITCXH

My research group contributed a chapter to this new book on Complex Trait Prediction (see below). The book is somewhat unique, covering applications to humans, plants, and animals all in a single volume.

Written in the highly successful Methods in Molecular Biology series format, the book provides theoretical bases and practical guidelines for an informed decision making of practitioners and identifies pertinent routes for further methodological researches. Cutting-edge and thorough, Complex Trait Predictions: Methods and Protocols is a valuable resource for scientists and researchers who are interested in learning more about this important and developing field.

From Genotype to Phenotype: Polygenic Prediction of Complex Human Traits

Decoding the genome confers the capability to predict characteristics of the organism (phenotype) from DNA (genotype). We describe the present status and future prospects of genomic prediction of complex traits in humans. Some highly heritable complex phenotypes such as height and other quantitative traits can already be predicted with reasonable accuracy from DNA alone. For many diseases, including important common conditions such as coronary artery disease, breast cancer, type I and II diabetes, individuals with outlier polygenic scores (e.g., top few percent) have been shown to have 5 or even 10 times higher risk than average. Several psychiatric conditions such as schizophrenia and autism also fall into this category. We discuss related topics such as the genetic architecture of complex traits, sibling validation of polygenic scores, and applications to adult health, in vitro fertilization (embryo selection), and genetic engineering. 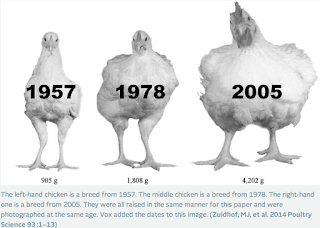