Richard Lowery is a professor of finance at the McCombs School of Business at the University of Texas, Austin. In this conversation, he describes the ideological climate of his university and the consequent negative effects on undergraduate education and freedom of expression on campus.
Steve and Richard discuss:
0:00 Richard Lowery's academic and political background
9:01 Campus environment for academics and faculty members
12:19 Cultural and political dynamics at academic institutions
23:04 How students experience campus culture and political influences
32:13 Public awareness and interest in campus culture
35:50 What happened to the Liberty Institute at UT Austin
53:44 Donor influence
1:00:55 STEM professors: keep quiet, or else
1:08:25 Lowery on the future of US universities
Transcript
Links:
Richard Lowery at UT Austin:
https://www.mccombs.utexas.edu/faculty-and-research/faculty-directory/james-lowery/
National Review coverage:
https://www.nationalreview.com/corner/a-brave-prof-fights-the-woke-faculty-at-university-of-texas/
Academic Freedom in Crisis:
https://infoproc.blogspot.com/2021/04/academic-freedom-in-crisis-punishment.html 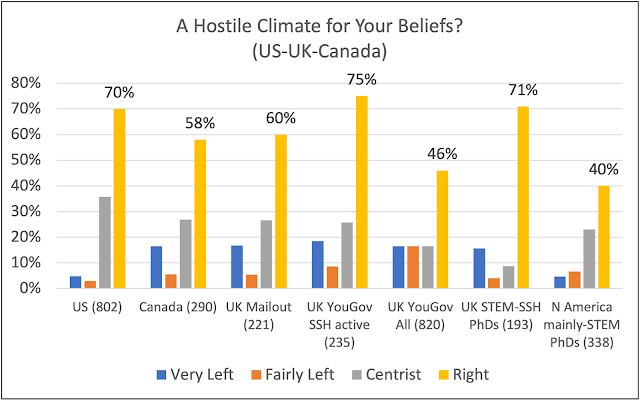 As promised, video from my talk in Amsterdam.
Seminar at the Institute of Physics, University of Amsterdam, 17 Jun 2022.
Title: Quantum Hair and Black Hole Information
Abstract: I discuss recent results concerning the quantum state of the gravitational field of a compact matter source such as a black hole. These results demonstrate the existence of quantum hair, violating the classical No Hair Theorems. I then discuss how this quantum hair affects Hawking radiation, allowing unitary evaporation of black holes. Small corrections to leading order Hawking radiation amplitudes, with weak dependence on the external graviton state, are sufficient to produce a pure final radiation state. The radiation state violates the factorization assumption made in standard formulations of the information paradox. These conclusions are consequences of long wavelength properties of quantum gravity: no special assumptions are made concerning short distance (Planckian) physics.
Slides
Institute of Physics, University of Amsterdam:
Posted by Steve Hsu at 4:16 PM No comments:

Meritocracy and Political Leadership in China

In my conversation with @RichardHanania on his podcast we discussed meritocracy and political leadership in PRC. This short video gives a good overview of how it works. Keep in mind CCP ~ 100M people or ~10% of adult population! 1/4https://t.co/dgLrW25fM8

For example, Yuan Jiajun, frmr gov. of Zhejiang province and Central Committee member, is a PhD in Aero Eng and ran the manned spaceflight program. Resumes of top PRC leaders are qualitatively different from those of western politicians... 3/4https://t.co/CWqjnLdfyT

Academic studies of how this all works yield conflicting results, see e.g. https://t.co/lFrLv7O7xJ

However most people familiar with the process believe that the CPC *is trying* to promote meritocracy even at the highest levels of government. 4/4

Tim Palmer is Royal Society Research Professor in Climate Physics, and a Senior Fellow at the Oxford Martin Institute. He is interested in the predictability and dynamics of weather and climate, including extreme events.
He was involved in the first five IPCC assessment reports and was co-chair of the international scientific steering group of the World Climate Research Programme project (CLIVAR) on climate variability and predictability.
After completing his DPhil at Oxford in theoretical physics, Tim worked at the UK Meteorological Office and later the European Centre for Medium-Range Weather Forecasts. For a large part of his career, Tim has developed ensemble methods for predicting uncertainty in weather and climate forecasts.
In 2020 Tim was elected to the US National Academy of Sciences.
Steve, Corey Washington, and Tim first discuss his career path from physics to climate research and then explore the science of climate modeling and the main uncertainties in state-of-the-art models.
In this episode, we discuss:
00:00 Introduction
1:48 Tim Palmer's background and transition from general relativity to climate modeling
15:13 Climate modeling uncertainty
46:41 Navier-Stokes equations in climate modeling
53:37 Where climate change is an existential risk
1:01:26 Investment in climate research
Links:
Tim Palmer (Oxford University)
https://www.ox.ac.uk/news-and-events/find-an-expert/professor-tim-palmer
The scientific challenge of understanding and estimating climate change (2019) https://www.pnas.org/doi/pdf/10.1073/pnas.1906691116
ExtremeEarth
https://extremeearth.eu/
Physicist Steve Koonin on climate change
https://infoproc.blogspot.com/2021/04/how-physicist-became-climate-truth.html
Note added: For some background on the importance of water vapor (cloud) distribution within the primitive cells used in these climate simulations, see:
https://infoproc.blogspot.com/2017/06/epistemic-caution-and-climate-change.html
Low clouds trap IR radiation near the Earth, while high clouds reflect solar energy back into space. The net effect on heating from the distribution of water vapor is crucial in these models. However, due to the complexity of the Navier-Stokes equations, current simulations cannot actually solve for this distribution from first principles. Rather, the modelers hand code assumptions about fine grained behavior within each cell. The resulting uncertainty in (e.g., long term) climate prediction from these approximations is unknown.
Posted by Steve Hsu at 7:33 AM No comments: 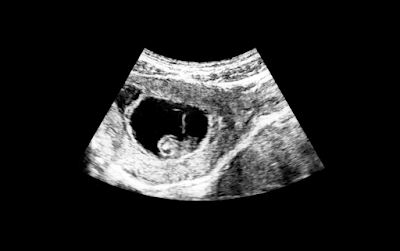 This is a balanced and informative article in WIRED, excerpted from author Rachael Pells' forthcoming book, Genomics: How Genome Sequencing Will Change Our Lives.

WIRED: ... Companies such as Genomic Prediction are taking this process much further, giving parents the power to select the embryo they believe to have the best fighting chance of survival both in the womb and out in the world. At the time of writing, Genomic Prediction works with around 200 IVF clinics across six continents. For company cofounder Stephen Hsu, the idea behind preconception screening was no eureka moment, but something he and his peers developed gradually. “We kept pursuing the possibilities from a purely scientific interest,” he says. Over time sequencing has become cheaper and more accessible, and the bank of genetic data has become ever greater, which has provided the opportunity to easily apply machine learning programs to seek out patterns, Hsu explains. “You can have typically millions of people in one data set, with exact measurements of certain things about them—for instance how tall they are or whether they have diabetes—what we call phenotypes. And so it’s relatively straightforward to use AI to build genetic predictors of traits ranging from very simple ones which are only determined by a few genes, or a few different locations in the genome, to the really complicated ones.” As Hsu indicates, the crucial difference with this technology is that it’s not just single mutations like cystic fibrosis or sickle cell anemia that the service makes its calculations on. The conditions embryos are screened for can be extremely complicated, involving thousands of genetic variants across different parts of the genome.

Fascinating director's commentary by Ridley Scott. Video cued to start at a point where Scott talks about the conceptual background for the film. The subsequent ~15m are really great, including dreams of unicorns, memories of green, origami, Deckard as replicant.
He also mentions that he envisioned Alien and Blade Runner taking place in the same universe.

... a special feature on the Prometheus Blu-ray release makes the film even more interesting by tying it into the Blade Runner universe. Included as an entry in the journal of Peter Weyland (Guy Pearce), who in the film was obsessed with creating artificial life, is the following gem:

A mentor and long-departed competitor once told me that it was time to put away childish things and abandon my “toys.” He encouraged me to come work for him and together we would take over the world and become the new Gods. That’s how he ran his corporation, like a God on top of a pyramid overlooking a city of angels. Of course, he chose to replicate the power of creation in an unoriginal way, by simply copying God. And look how that turned out for the poor bastard. Literally blew up in the old man’s face. I always suggested he stick with simple robotics instead of those genetic abominations he enslaved and sold off-world, although his idea to implant them with false memories was, well… “amusing,” is how I would put it politely.

Bonus: at 1h18m in the video, Tyrell cryogenically preserved at the heart of his great pyramid!
Posted by Steve Hsu at 11:53 AM No comments: