“Twenty percent of Bay Area homeowners owe more on their mortgages than their homes are worth, according to a study being released today. This dubious distinction has entered the American lexicon as an all-too-familiar term - being underwater.

As home values continue to plunge, the real estate valuation service Zillow.com said that 20.76 percent of all homes in the nine-county Bay Area are underwater. The rate is much higher than the national average of 1 in 7 homes, or 14.3 percent. That’s because the Bay Area - like most of California - was a classic bubble market, where buyers in recent years paid overinflated prices for homes that now are rapidly losing value in the market downturn.” 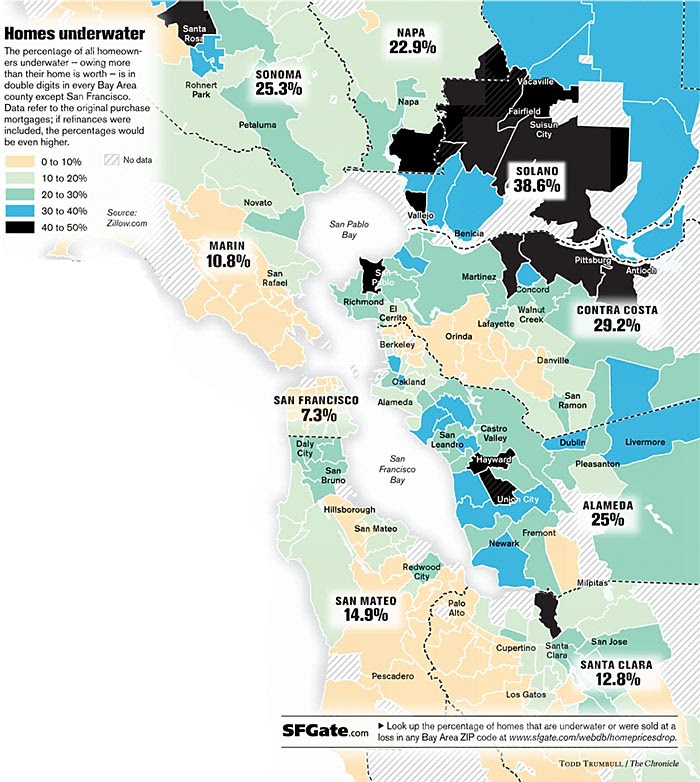 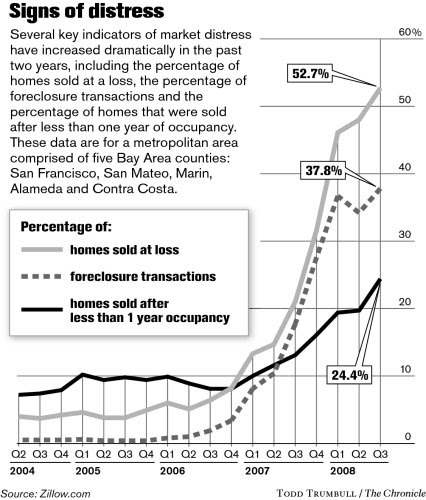 Housing should be care most by the goverment i such a way that people will have a happy life...