Back in the day 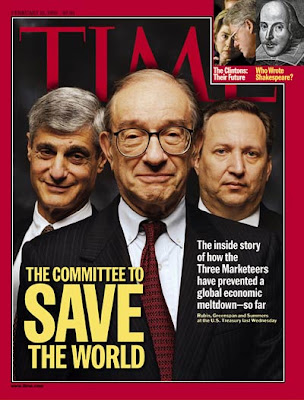 Steve, I've just come upon your blog and enjoy it very much. I hope that you don't mind my asking you a question about CDOs, even though my math knowledge is 30 years in the past.

The interest paid for the bond ( loan ) is on the right. The interest relates to the chance of default. The higher the default possibilities ( however one measures it), the higher interest the bondholder must be paid.

Okay. I take 100 #3 bonds. I take the default rate, which is not linear, and divide the bonds up artificially, so that they equal the default rate for the total, but each level has a different interest rate based on my projections of default rate at that level.
1) 3%
2) 8%
3) 12%
4) 15%

Although I made up the percentages and figures, what's wrong with this picture? It explains how I can lower my capital requirements, which is very important, as well as explains how I've managed to increase my profits.

Don, while you're waiting for Steve to respond to your off-topic comment, maybe you could spend a little time contemplating the irrelevance of such facile financial calculations some months after an epic meltdown of the credit markets began.

The practical worth of such calculations depends on the soundness of the underlying empirical assumptions. The most obvious one in this case is the default rates. Assessing the chance of default depends on several contingencies, most notably the practices and basic integrity of the loan originators and the bond rating agencies. One might appeal to historical precedent to assess these things.

In this crisis, history was not a safe guide. With securitization and fees as incentives the lenders started cutting corners. With fees and badgering by the investment banks as incentives, the bond rating agencies inserted their heads up their behinds and kept them there for a few crucial years. What they should have been doing is screaming that the basis for the normal ways of assessing risk was falling apart. And in the late stages, the implosion of the economy placed many formerly creditworthy borrowers at elevated risk of default.

There’s also another reason the economic policy establishment failed to see the current crisis coming. The crises of the 1990s and the early years of this decade should have been seen as dire omens, as intimations of still worse troubles to come. But everyone was too busy celebrating our success in getting through those crises to notice.

Consider, in particular, what happened after the crisis of 1997-98. This crisis showed that the modern financial system, with its deregulated markets, highly leveraged players and global capital flows, was becoming dangerously fragile. But when the crisis abated, the order of the day was triumphalism, not soul-searching.

Time magazine famously named Mr. Greenspan, Robert Rubin and Lawrence Summers “The Committee to Save the World” — the “Three Marketeers” who “prevented a global meltdown.” In effect, everyone declared a victory party over our pullback from the brink, while forgetting to ask how we got so close to the brink in the first place.

Steve, I'll understand if you don't have time to help me on this. I waited a while to see if anyone else addressed the topic for the particular post first.

My particular interest comes in putting together simple explanations for average people to understand these investments, as least to their underlying risk. I've found your site helpful myself, and simply hoped that you could, after reading my post, simply address whether it was easy to follow. I had no reason to ask you, but I'd have appreciated your help.

G.H.Hardy made a distinction between creators and explainers, and I'm more of an explainer.

As to the commenter, the facility of exposition was my point. My interest is in finding ways to help people understand these products, so as to avoid them, but also understand them.

Sadly, if you read today's FT, they are still being pushed on US Municipalities.

I will still continue to visit your site.

I'm not sure exactly what you are asking for -- you might have a look at an earlier post I wrote on the central limit theorem and securitization.