Now it can be told: Dominic Cummings and the Conservative victory 2019 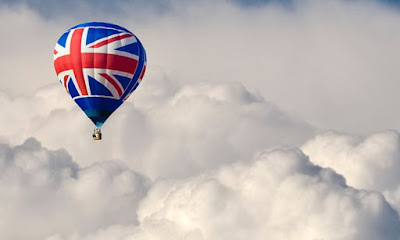 Dominic Cummings has done it again!


The scale of ... triumph cannot be exaggerated. He ... had brought about a complete transformation of the European international order. He had told those who would listen what he intended to do, how he intended to do it, and he did it. He achieved this incredible feat without commanding an army, and without the ability to give an order to the humblest common soldier, without control of a large party, without public support, indeed, in the face of almost universal hostility, without a majority in parliament, without control of his cabinet, and without a loyal following in the bureaucracy. -- Brexit: victory over the Hollow Men

A few remarks. As you know I am a Rationalist and a Realist: epistemology, proper calibration of beliefs, accuracy of prediction, Bayesian reasoning, update of priors, etc. etc.

I can tell you that Dom prepared for this outcome as far back as summer 2019, before he joined No 10 Downing Street. They were deadly serious about Brexit. If they could have gotten it done in the fall, they would have. But the larger goal was positioning to win a general election. People vs Parliament, Betrayal of Democracy, Get Brexit Done. Those were the themes carefully prepared in every tactical decision along the way.

There were difficult times in the last months. I was amazed by his courage and quiet stoicism. Look up the Finnish term, Sisu. Familiar to those that attempt something great against difficult odds.

I watched the media report on UK politics, while simultaneously having some knowledge of what was really happening -- prorogation of Parliament, negotiations with the EU, Farage and the Brexit Party. My opinion of the UK and US media cannot be lower. All noise, little signal -- much of what is stated at high confidence is simply not true. (More evidence? Read the latest IG report and compare to what is said about it in national media...)

Everything is in Dom's blog. Out in the open to be read by anyone with enough intelligence to understand him. How many did? Almost none.


Dominic Cummings: You guys should get outside London and go to talk to people who are not rich remainers.

What does he want? Why is he doing this? Not for money, not for fame. For love of country and human progress and civilization. Dom's dream is to make the UK a global center for science, technology, and education. He may succeed, he may fail. But he will get his chance to further shape the history -- the future -- of his homeland. Don't bet against him. 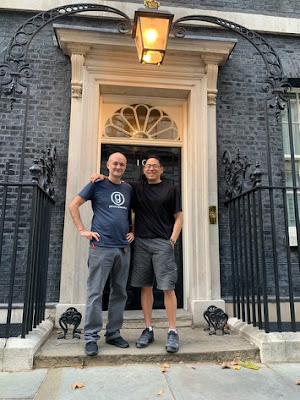 On election night, I was told that Dom's small team of physicists / data scientists had called the results more accurately than anyone else ;-)

How Brexit was won, and the unreasonable effectiveness of physicists
Brexit in the Multiverse: Dominic Cummings on the Vote Leave campaign
Dept. of Physicists Can Do Stuff: Brexit!

Added: This article is reasonably accurate, as far as I can tell:


Some Remarks on Brexit: I don't know enough to have a high confidence or high conviction opinion concerning Brexit. Intelligent and thoughtful people disagree strongly over whether it is a good idea or a potential disaster.

Nevertheless, I can admire Dom's effectiveness as a political strategist and chief advisor to the Prime Minister. I do know him well enough to state with high confidence that his intentions are idealistic, not selfish, and that he (someone who has spent decades thinking about UK government, foreign policy, relations with Europe) sincerely thinks Brexit is in the best interests of the British people. Dom has deeper insights and better intuition about these issues than I do!

Being a rationalist, Dom has pointed out on his own blog that it is impossible to know with high confidence what the future implications of most political decisions are... In that sphere one cannot avoid decision making under extreme uncertainty.


Get ready for the general election!

Over the summer I was at the Tallinn Digital Summit in Estonia. At dinner, sitting across from a UN official, I expressed to his initial incredulity that the victory of Vote Leave three years ago was a triumph of the human spirit: a small team of talented individuals defeated overwhelmingly powerful forces arrayed against them -- the UK government, the media, the elites. After some discussion, he came to understand my perspective. ...