Lies and Admissions: Spygate in light of the IG FISA report 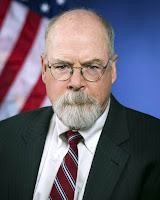 Almost three years of hard work to bring the truth to light.

Okay, there was spying, but it was all legal

Some illegal things happened, but by mistake

A few bad apples did the illegal things   [ WE ARE HERE ]

Illegal spying was politically motivated and ordered from the top

No telling how far down the above list we will get, but:

Cognitive dissonance can be painful. Learning can hurt.

Here are things you might have believed to be true (really?), but which have been debunked (e.g., by DOJ IG reports, sworn testimony, etc.):

The Steele Dossier has been verified [ FBI has known since early 2017 that it's junk, but failed to report primary source interview information undermining the dossier to FISA court. ]

The FISA applications did not depend primarily or extensively on the Steele Dossier [ Explicitly contradicted by IG Horowitz. ]

The FISA process is rigorous and was followed carefully [ See report ]

Carter Page is a Russian asset [ No, he was a CIA asset. CIA informed FBI about this but the FBI lied about it in the FISA application. This is a felony. ]

Please see the recent DOJ IG reports -- including the earlier one that reveals what happened to the Hillary emails on Anthony Weiner's laptop (hint, it's not what you think). If you don't want to read the reports that's fine -- just don't talk about the subject as if you know something. This compendium of excerpts from the latest IG report and quotes from Horowitz's testimony outlines some of the more serious findings.

Here's an excerpt from the latest IG report (p.188) that gives a sense what was known about the Steele dossier already in early 2017 from FBI interviews with Steele's Russian sources. None of this information made it into the multiple FISA renewal applications, the last one in June 2017.

Regarding predication of the Crossfire Hurricane investigation, note that DOJ IG Horowitz has very limited scope and powers of investigation -- all centered within DOJ/FBI. US Attorney John Durham has subpoena power and has reportedly interviewed people in the UK (Halper?) and Italy (Mifsud?) that the IG had no access to. Durham disagreed strongly with Horowitz's conclusion that the spying was properly predicated.

Horowitz's conclusion rests on the fragile thread of the Papadopoulos-Downer bar conversation, concerning information from Mifsud. It is very likely that Mifsud is a western intelligence asset, not a Russian asset. Who was behind Halper (known CIA asset) and Mifsud contacting individuals associated with the Trump campaign, beginning in early to mid 2016?

There are many earlier posts on this topic. See, for example, Deep State Update (May 2018):


... declassifying the first FISA application would show, as claimed by people like Chuck Grassley and Trey Gowdy, who have read the unredacted original, that it largely depends on the fake Steele Dossier, and that the application failed to conform to the required Woods procedures.

[ THIS IS NOW CONFIRMED BY THE IG REPORT ON FISA ABUSE. GRASSLEY, GOWDY, NUNES LARGELY CORRECT. SCHIFF NOT. ]

... the New York Times reported in December of last year that the FBI investigation into possible ties between the Trump campaign and Russia began when George Papadopoulos drunkenly boasted to an Australian diplomat about Russian dirt on Hillary Clinton. It was the disclosure of this episode by the Australians that “led the F.B.I. to open an investigation in July 2016 into Russia’s attempts to disrupt the election and whether any of President Trump’s associates conspired,” the NYT claimed.

[ Horowitz accepts this interaction as the basis for "proper predication" of the counterintelligence spying on the Trump campaign. But see below... ]

But it now seems clear that Halper’s attempts to gather information for the FBI began before that. “The professor’s interactions with Trump advisers began a few weeks before the opening of the investigation, when Page met the professor at the British symposium,” the Post reported. While it’s not rare for the FBI to gather information before formally opening an investigation, Halper’s earlier snooping does call into question the accuracy of the NYT’s claim that it was the drunken Papadopoulos ramblings that first prompted the FBI’s interest in these possible connections. And it suggests that CIA operatives, apparently working with at least some factions within the FBI, were trying to gather information about the Trump campaign earlier than had been previously reported.

Hmm.. so what made CIA/FBI assign Halper to probe Trump campaign staffers in the first place? It seems the cover story for the start of the anti-Trump investigation needs some reformulation...

[ STAY TUNED ... WE CAN HOPE THAT DURHAM'S INVESTIGATION WILL SHED FURTHER LIGHT ON THIS. HOROWITZ HAS/HAD NO SCOPE TO PURSUE IT -- HIS CONCLUSIONS ON THIS SPECIFIC POINT ARE LIKELY TO BE SUPERSEDED BY DURHAM'S. SEE DURHAM PUBLIC STATEMENT. ]


... our investigation is not limited to developing information from within component parts of the Justice Department.

Our investigation has included developing information from other persons and entities, both in the U.S. and outside of the U.S. Based on the evidence collected to date, and while our investigation is ongoing, last month we advised the Inspector General that we do not agree with some of the report’s conclusions as to predication and how the FBI case was opened ...