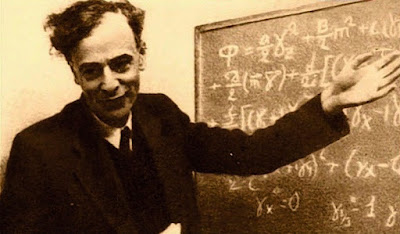 An incredible story from The World of Andrei Sakharov:


... Nonetheless, in the early 1950s, Landau worked on Sakharov’s assignments. True enough, that work was in computational mathematics, not theoretical physics. Odd “material evidence” of this appears in Landau’s Collected Works: placed between the 1958 article about fermions and the 1959 article about quantum field theory is the lecture “Numerical Methods of an Integration of Partial Equations by a Method of Grids.” It was published in 1958 but, as it indicates, describes the methods developed in 1951–1952.

When you look at the article’s unexciting formulas, it’s difficult to imagine what’s behind them. What’s behind them, among other things, is the first thermonuclear bomb in the world and the suicide of the head of the security department. ...

Landau’s group did the calculations for the 1949 A-bomb, for which he received an Order of Lenin and a Stalin Prize of the Second Degree.

Landau’s contribution to the hydrogen bomb was even greater, judging by the fact that he was awarded the title of Hero of Socialist Labor and a Stalin Prize of the First Degree. Landau’s group managed to complete the Sloyka calculations “by hand”; it was the problem akin to the one the Americans postponed until computers appeared. This required devising an entirely new method of calculation.

The processes of a thermonuclear explosion are much more complicated than an atomic one, if only because it includes the atomic one as its first step. Numerical calculations using old methods would have taken years, but the problem had to be solved in months, which ensured a new method needed to be found. However, while developing it at the Institute for Physical Problems, theorists found a serious mathematical problem—the stability of the calculations. Without solving it, they couldn’t be sure that the calculations, no matter how precise, would actually have any relationship to physical reality. The new method solved this problem. But the mathematics group directed by Andrei Tikhonov, which had been created in parallel as a failsafe, denied the problem’s very existence.

Dissent and discussion are common in science, but in this case the science was top secret and super-urgent. Beria could not wait for the problem to be resolved in a free exchange of ideas, so a meeting was convened under the chairmanship of Mstislav Keldysh, the future president of the Academy of Sciences. It lasted for several days and the discussions ended in an unusual way: based on Keldysh’s opinion, the top leadership gave the order regarding which interpretation was to be considered scientific truth—the top leadership was Nikolai Pavlov, the KGB general in charge of nuclear weapons development. And Tikhonov’s group switched to the new method of calculation.

The assignment for the Sloyka calculations sent to the Landau group was “a piece of graph paper, handwritten on both sides in green-blue ink, and it contained all the geometry and data of the first hydrogen bomb.”

This was possibly the most secret document in the Soviet project—and it could not be entrusted to any typist. After a mathematical assignment was prepared on the basis of this document at the Institute of Physical Problems, it was sent on to the Institute of Applied Mathematics where Tikhonov’s group worked. And the page disappeared there. Perhaps it was mistaken for a rough draft—it was a single handwritten page—and it was destroyed along with other drafts. But this action was not recorded, which is what led to the tragedy Sakharov describes:


The head of the Security Department from the Ministry—a man whose mere physical appearance, his stare from under drooping eyelids, elicited physical dread in me—came to investigate the extraordinary incident. Former head of Leningrad State Security during the so-called “Leningrad Affair,” when about 700 top leaders were executed there, he spent nearly an hour on Saturday with the head of Institute Security. The Institute official spent the next day, Sunday, with his family; they say he was cheerful and very affectionate with his children. He came to work on Monday 15 minutes early and shot himself before his co-workers arrived. 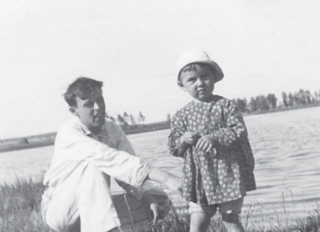 Physicists can do stuff.
Posted by Steve Hsu at 6:06 PM