To Predict the Future it is useful to understand the Past 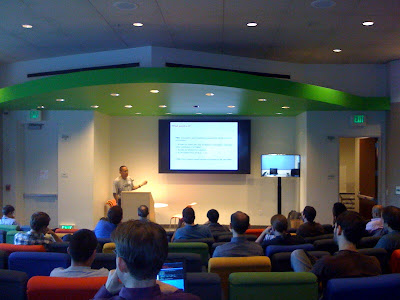 Dominic Cummings on genomics, healthcare, and innovation in the UK:


Britain could contribute huge value to the world by leveraging existing assets, including scientific talent and how the NHS is structured, to push the frontiers of a rapidly evolving scientific field — genomic prediction — that is revolutionising healthcare in ways that give Britain some natural advantages over Europe and America. We should plan for free universal ‘SNP’ genetic sequencing as part of a shift to genuinely preventive medicine — a shift that will lessen suffering, save money, help British advanced technology companies in genomics and data science/AI, make Britain more attractive for scientists and global investment, and extend human knowledge in a crucial field to the benefit of the whole world.

Those that are interested in the history of science, or in understanding its future, would do well to look at what was being written 10 or so years ago about genomics of complex traits. Whose predictions came true? Whose were dead wrong?


Dominic Cummings: ... Hsu predicted that very large samples of DNA would allow scientists over the next few years to start identifying the actual genes responsible for complex traits, such as diseases and intelligence, and make meaningful predictions about the fate of individuals. Hsu gave estimates of the sample sizes that would be needed. His 2011 talk contains some of these predictions and also provides a physicist’s explanation of ‘what is IQ measuring’. As he said at Google in 2011, the technology is ‘right on the cusp of being able to answer fundamental questions’ and ‘if in ten years we all meet again in this room there’s a very good chance that some of the key questions we’ll know the answers to’. His 2014 paper explains the science in detail. If you spend a little time looking at this, you will know more than 99% of high status economists gabbling on TV about ‘social mobility’ saying things like ‘doing well on IQ tests just proves you can do IQ tests’.

In 2013, the world of Westminster thought this all sounded like science fiction and many MP said I sounded like ‘a mad scientist’. Hsu’s predictions have come true and just five years later this is no longer ‘science fiction’. (Also NB. Hsu’s blog was one of the very few places where you would have seen discussion of CDOs and the 2008 financial crash long BEFORE it happened. I have followed his blog since ~2004 and this from 2005, two years before the crash started, was the first time I read about things like ‘synthetic CDOs’: ‘we have yet another ill-understood casino running, with trillions of dollars in play’. The quant-physics network had much better insight into the dynamics behind the 2008 Crash than high status mainstream economists like Larry Summers responsible for regulation.)

His group and others have applied machine learning to very large genetic samples and built predictors of complex traits. Complex traits like general intelligence and most diseases are ‘polygenic’ — they depend on many genes each of which contributes a little (unlike diseases caused by a single gene).

‘There are now ~20 disease conditions for which we can identify, e.g, the top 1% outliers with 5-10x normal risk for the disease. The papers reporting these results have almost all appeared within the last year or so.’

(One might ask what fraction of PhD economists knew in 2008 what a CDO was or how they were constructed or priced... I was there, and the answer is: very, very few.)

As the deep learning pioneer Jurgen Schmidhuber has emphasized,

Therefore, to decide how to weight current claims about the future (such as: accurate genomic prediction of many disease risks and complex traits, even including cognitive ability, are right around the corner), one should carefully study the track record of those offering predictions.