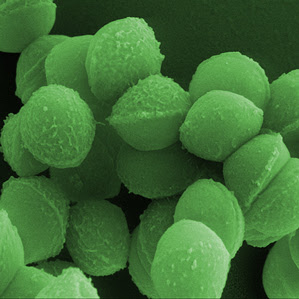 Earlier CRISPR posts. MSU symposium with video. Patrick Hsu, one of the speakers (no relation), is from the Zhang lab.


Technology Review: Discovery of the Century?

There’s a bitter fight over the patents for CRISPR, a breakthrough new form of DNA editing.

... In April of this year, Zhang and the Broad won the first of several sweeping patents that cover using CRISPR in eukaryotes—or any species whose cells contain a nucleus (see “Broad Institute Gets Patent on Revolutionary Gene-Editing Method”). That meant that they’d won the rights to use CRISPR in mice, pigs, cattle, humans—in essence, in every creature other than bacteria.

The patent came as a shock to some. That was because Broad had paid extra to get it reviewed very quickly, in less than six months, and few knew it was coming. Along with the patent came more than 1,000 pages of documents. According to Zhang, Doudna’s predictions in her own earlier patent application that her discovery would work in humans was “mere conjecture” and that, instead, he was the first to show it, in a separate and “surprising” act of invention.

The patent documents have caused consternation. The scientific literature shows that several scientists managed to get CRISPR to work in human cells. In fact, its easy reproducibility in different organisms is the technology’s most exciting hallmark. That would suggest that, in patent terms, it was “obvious” that CRISPR would work in human cells, and that Zhang’s invention might not be worthy of its own patent.

What’s more, there’s scientific credit at stake. In order to show he was “first to invent” the use of CRISPR-Cas in human cells, Zhang supplied snapshots of lab notebooks that he says show he had the system up and running in early 2012, even before Doudna and Charpentier published their results or filed their own patent application. That timeline would mean he hit on the CRISPR-Cas editing system independently. In an interview, Zhang affirmed he’d made the discoveries on his own. Asked what he’d learned from Doudna and Charpentier’s paper, he said “not much.”

Not everyone is convinced. “All I can say is that we did it in my lab with Jennifer Doudna,” says Charpentier, now a professor at the Helmholtz Centre for Infection Research and Hannover Medical School in Germany. “Everything here is very exaggerated because this is one of those unique cases of a technology that people can really pick up easily, and it’s changing researchers’ lives. Things are happening fast, maybe a bit too fast.”

The Technology Review would not have even run a story about who deserves the patent had it been Doudna and Charpentier who had gotten the patent, and Zhang the one complaining. Whoever is ultimately the rightful owner of the patents, they have cast doubt on Zhang's claim.

The whole patent bullshit is preposterous but very clearly Doudna's lab was ahead.