Dept. of Physicists Can Do Stuff: Ashton Carter 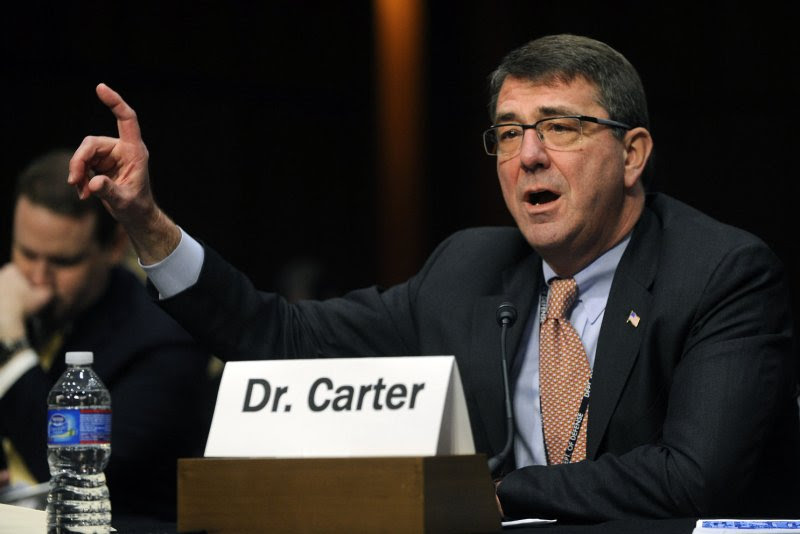 Secretary of Defense nominee Ashton B. Carter on his education and early career in theoretical physics. His Wikipedia entry says he did postdocs at Rockefeller University and MIT.


... when I rather unexpectedly was accepted into a good college, Yale, I was determined to make the most of it. I disdained the “preppies” and other privileged students who seemed to regard college as an opportunity to enjoy freedom at long last. I was an intensely serious student, what would probably be called today a “grind.”

At Yale I ended up pursuing two entirely different majors – physics and medieval history. There was no relationship between them in my mind except that both fascinated me. I liked dusty archives, learning to decipher manuscripts in medieval script, and learning all the languages necessary to read the primary and secondary historical literature, especially Latin. I wrote a senior thesis on the use of Latin by contemporary monastic writers to describe the vibrant world of 12th century Flanders in which they lived. I also enjoyed English legal history and the foundations of the Common Law as established in the 11th through 13th centuries. I also did a lot of work on the hagiography of Saint Denis, patron saint of the French monarchy during its formative period in the 9th century.

Physics was entirely different: clean and modern, logical and mathematical. I was lucky enough to be asked by a professor to assist him on an experiment in elementary particle physics at the then-new Fermilab outside of Chicago, home of the world’s largest particle accelerator. I would fly back and forth from New Haven to Chicago, feeling very serious and very important. We were involved in the search for the quark, a sub-atomic particle then only theorized. I eventually wrote my senior thesis, which was later published, on the “charmed quark.”

As far as course choice was concerned, I had no interest in between the extremes of medieval history (history, language, philosophy) on the one hand, and science (physics, chemistry, mathematics) on the other. It may sound shocking to Kennedy School students, but I have taken exactly zero social science courses in my entire life. My arrogant view at the time was that life would eventually teach me political science, sociology, psychology, and even economics, but it would never teach me linear algebra or Latin. It seemed best to get my tuition’s worth from the other topics and get my social science for free!

The end of college brought the usual crisis of what to do next. Such a bimodal distribution of training and interests made the problem more acute. The default solution was to go to medical school, since my father was a physician and I had worked in hospitals back in Philadelphia.

Fortunately, I was rescued from this dilemma by the awarding of a Rhodes scholarship, entitling me to free study at Oxford University. Many Rhodes scholars pursue a second Bachelors degree or a Masters degree at Oxford, but I was still a man in a hurry. I decided I would use the free funding to get my doctorate in theoretical physics. Oxford did not have enough money to have world class experimental facilities in elementary particle physics, but it had a great theoretical physics department. All you need for theoretical physics is a pencil and paper and the ability to sit for hours of intense concentration with a page of equations in front of you. I worked on the theory of quantum chromodynamics, the quantum field theory then postulated to explain the behavior of nuclear reactions and the structure of the sub-atomic zoo of particles. Unfortunately, it was a mathematical theory so complex that its equations could not be solved. I found a way to solve its equations in certain special circumstances, thus allowing it to be tested against experiments. Oxford was a very lively intellectual community. The expatriate Americans would spend long hours debating the topics of the day. Much of my otherwise lacking social science training occurred by osmosis in the pubs with Rhodes friends.

I had no doubt, however, that I wanted a career of thinking and writing in academia, then meaning theoretical physics. I therefore went back to the United States to start to climb the academic ladder in physics, beginning in the usual way with a postdoctoral appointment. I wrote several papers. The one of which I am proudest and which is still frequently cited, was on “time reversal invariance,” the proposition that the world could run backwards according to the same laws by which it runs forwards. While this may seem like a bizarre question to ask, such a symmetry in nature, if it exists, is actually a very fundamental property of our universe.

I was happily building an academic career in theoretical physics when a serendipitous opportunity arose which opened up an entirely new vista for me. The year was 1979 and the Cold War was ratcheting up to a new peak of tension and the nuclear arsenals to new levels of potential destructiveness. My field of physics dated itself to the wartime Manhattan Project, and many of the senior figures in my field had long participated in the furtherance, but also in the control, of military technology. It was their view that their successor generations had a responsibility to remain involved in these matters. Thus, several senior figures in the field urged me to take a one-year leave of absence from theoretical physics to join a study team of scientists being assembled at the Congressional Office of Technology Assessment. ...

See also Physicists Can Do Stuff and Wandering Physicists.
Posted by Steve Hsu at 12:45 PM

I wrote a senior thesis on the use of Latin by contemporary monastic writers to describe the vibrant world of 12th century Flanders in which they lived.

Unfortunately, Dr. Carter's appointment will change nothing. The US is progressing down the same socialist path the Europeans travelled, and it will get the same result. An continually expanding welfare state will take resources from all other areas, especially the military, infrastructure and science. The Pax Americana is ending, and the Eurasian alliance of Russia and China will dominate the rest of the 21st Century. Sleep well.

Yes, we saw that with our physicist secretary of Energy. Result: tons of bad loans to crony "green" technology companies.

looks like a retard, but then so does steve.

physics is the easiest subject there is.