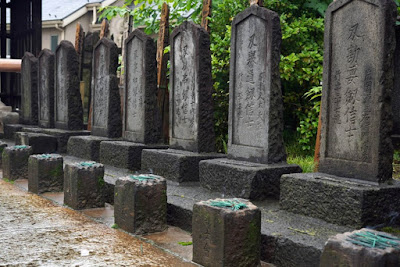 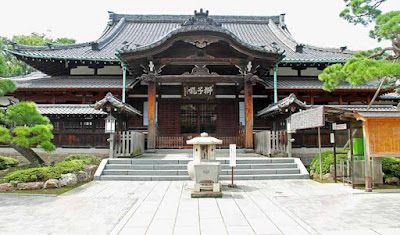 My first visit to Japan was in 1993. Ostensibly, I was there to attend a conference on High Energy Physics at the University of Tokyo, and to give a seminar at KEK, the largest particle accelerator laboratory in Japan.

I spent the first night at the Shinagawa Prince Hotel. I had carefully chosen this hotel -- it is a short walk from Sengakugi Temple, the resting place of the 47 Ronin (see photos above and history below).

It was already late at night when I checked in and deposited my luggage in the room. I was jet-lagged, but still energetic after the long trip. Outside, the streets were deserted and dark except for the harsh glare of neon streetlights. As I approached the temple I could smell the burning incense that suffused the night air ... 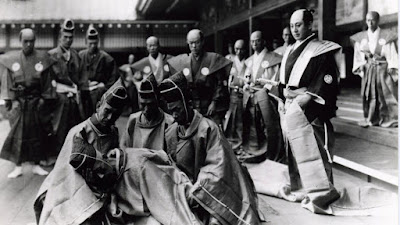 ... At the death of their lord, Asano’s samurai retainers become masterless, or rōnin, and under the planning of Ōishi Kuranosuke Yoshio, Asano’s counsellor, 47 of these rōnin plot to avenge their former master. Because Kira suspects this, and spies on Ōishi, revenge is delayed as the rōnin disperse and assume other occupations, while Ōishi performs the life of a drunkard, visiting taverns and geisha. After a year and a half the rōnin return to Edo to stake out Kira’s house, and two years following Asano’s death they attack. Kira is eventually killed and his head is taken as an offering to Asano’s grave. The rōnin then turn themselves in to the Shogunate authorities. Having defied a Shogunate edict prohibiting them to avenge their master, but having followed the requirements of bushido in doing so, the rōnin are sentenced to death but allowed to die honourably by committing seppuku.

I had all but forgotten about my strange visit to Sengakuji, so long ago. But memory returned when I came across the interview below, with former special forces soldier and tactical instructor Tu Lam. 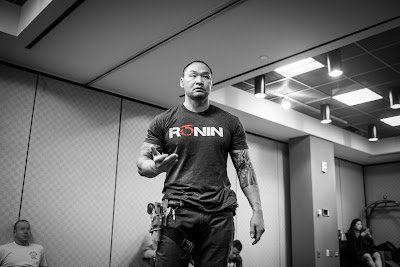 
When you started out in the world of Special Operations it was pre-9/11. What was that like compared to how it is now?

TL: My understanding from birth was one of war. I was born out of war. I was born in ’74 after the fall of Saigon. In ’76 they dragged us out into the streets of Vietnam because they were trying to impose the Communist ideologies of our government. My uncles were serving in the Navy and were dragged out into the streets like animals and shot. They separated our family and imprisoned my other uncles in what they called “re-education camps.” My grandfather took his life savings and smuggled us out of the country because my mom was like, “There’s no way my two sons will grow up under Communist rule.” We left on an overstuffed wooden boat with hundreds of other refugees. First we had to be navigated past the pirating that was going on. There were a lot of bandits, pirates and everyone who was leaving country had money. These pirates would intercept the refugees, rape the women, rob the boats and kill everyone on board.

We navigated past the pirates first then made it into Indonesia where the Coast Guard stopped us. They told us we couldn’t come into their country. They anchored us down and pulled us back into the ocean on lines, then shot our motor and cut the lines, leaving us out in the middle of the waters to die. Our boat drifted further and further into the ocean. My mother told me that people were stealing from each other, fighting, and eventually dying due to the terrible conditions. We were caught up in a storm and this storm took us out into the middle of Russian waters by the grace of God. A Russian supply boat picked us up as they were crossing the Pacific Ocean into Singapore. They dropped us off at a refugee camp in Indonesia. The irony of this story is the same ideology that took me out of my country (Communism) was the same ideology that brought me to safety.

My family was gunned down like animals by a Communist government and yet the Russians, another Communist government, saved us. That was my first lesson in humanity and that everyone is truly different. The Indonesian monks came and helped us while we were in the camp. My aunt had married a Special Forces Green Beret and he expedited the paperwork to get us out of Indonesia and to the United States. At the age of eight I found myself on Ft. Bragg and my mom re-married a Sergeant who was a Green Beret. At that early age, I was indoctrinated in the ways of a Special Forces soldier. I learned how to speak different languages, learned how to take apart many different types of weapons, and learned how to properly navigate the back woods of North Carolina.

I was taught how to navigate the stars and build my own compasses. The truth is, we were just spending father and son time but he was teaching me a trade craft. Throughout my life he’d leave, come back, leave, come back and I’d equate it with seeing something bad on the news. Panama happened and he immediately went over there. I felt from a very young age, being raised as a part of that warrior class, that I had a much higher purpose. I knew what a sheep, sheep dog, and a wolf were from a very young age. My dad taught me that very early on. I asked my father how I could help protect and my dad said I’d have to pass a test to become a part of the brotherhood. At ten years old I wanted to be a Green Beret.

Like a lot of Asians, I was academically gifted at a very young age. I had scholarships and I turned them down. I made better grades than my brother and he ended up being a doctor. When I got to age 18 I went to MEPS and applied for 11B (Infantry). There was no such thing as 18X or direct entry into Special Operations. You couldn’t just come off the streets and train for Special Operations. You had to become an E5 (Sergeant) first and then do a certain amount of years. Those years could be waived and so I made E5 after a year and a half. When I went in I went into long-range reconnaissance, which took me directly into the Marines’ Amphibious School, Ranger training, and a lot of other leadership courses as well as the Army Sniper School.

See also On Japan and Learning how to fight.