Former Yale Law Dean on Harvard anti-Asian discrimination case: The facts are just so embarrassing to Harvard... Quotas and a climate of dishonesty 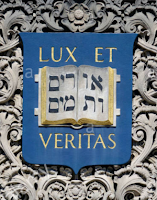 The excerpt below is from a recent interview in the Chronicle of Higher Education. Anthony Kronman was Dean of Yale Law School from 1994 to 2004 (Yale JD and PhD in Philosophy). These are elite establishment credentials. Yet the observations he makes rather matter of factly below are not to be found in the national media coverage nor in the public remarks of university administrators.

The focus of the Chronicle interview is Kronman's recent book The Assault on American Excellence, which does not, as far as I know, address Asian American university admissions. In case you are wondering, Kronman is an anti-Trump lifelong democrat.


Chronicle: What are your thoughts about the Harvard anti-Asian discrimination case?

... The facts are just so embarrassing to Harvard that with some modest adjustment in its admissions practices it might be able to absorb a judgment against it and get on with life more or less as usual. The vagueness of the category on which Harvard was relying to make sure that it kept its Asian undergraduates at the level that it wished, the so-called personality score, is such a floppy nothing of an empty basket — that’s not gonna do anymore.

There is something profoundly disturbing about Harvard using these flaccid categories to achieve something like a quota. The court papers show how the system was invented to keep the number of Jews down in the late 1920s and early 1930s. It’s all pretty bad, and part of the badness is that colleges have been both compelled and allowed to do what they’re doing under the rubric of "diversity," which conceals from view the actual operation of the whole system, and what they are in fact aiming to achieve. It’s substituting one vocabulary for another in a way that creates a climate of dishonesty. What goes on in the admissions office is increasingly mysterious, and what happens once students are admitted — that is something to which little attention is paid by educators themselves.

Kronman is presumably aware that other Ivy schools like Yale are little different from Harvard when it comes to undergraduate admissions.

Harvard Office of Institutional Research on Discrimination Against Asian-American Applicants 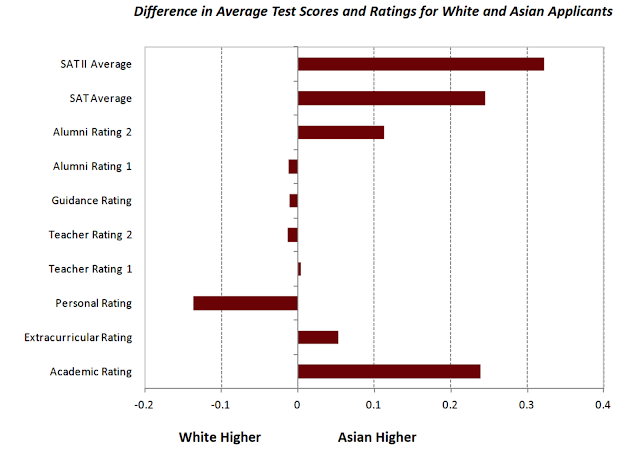 "When it comes to the score assigned by the Admissions Office, Asian-American applicants are assigned the lowest scores of any racial group. ... By contrast, alumni interviewers (who actually meet the applicants) rate Asian-Americans, on average, at the top with respect to personal ratings—comparable to white applicants ..."
Posted by Steve Hsu at 1:33 PM