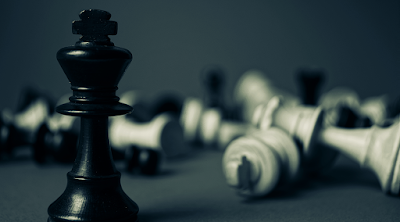 Under what circumstances should humans override algorithms?

From what I have read I doubt that a hybrid team of human + AlphGo would perform much better than AlphaGo itself. Perhaps worse, depending on the epistemic sophistication and self-awareness of the human. In hybrid chess it seems that the ELO score of the human partner is not the main factor, but rather an understanding of the chess program, its strengths, and limitations.

Unless I'm mistaken the author of the article below sometimes comments here.

... Some interpret this unique partnership to be a harbinger of human-machine interaction. The superior decision maker is neither man nor machine, but a team of both. As McAfee and Brynjolfsson put it, “people still have a great deal to offer the game of chess at its highest levels once they’re allowed to race with machines, instead of purely against them.”

But more importantly, let me suppose we are going to hold a freestyle chess tournament involving the people reading this article. Do you believe you could improve your chance of winning by overruling your 3300-rated chess program? For nearly all of us, we are best off knowing our limits and leaving the chess pieces alone.

... We interfere too often, ... This has been documented across areas from incorrect psychiatric diagnoses to freestyle chess players messing up their previously strong position, against the advice of their supercomputer teammate.

For example, one study by Berkeley Dietvorst and friends asked experimental subjects to predict the success of MBA students based on data such as undergraduate scores, measures of interview quality, and work experience. They first had the opportunity to do some practice questions. They were also provided with an algorithm designed to predict MBA success and its practice answers—generally far superior to the human subjects’.

In their prediction task, the subjects had the option of using the algorithm, which they had already seen was better than them in predicting performance. But they generally didn’t use it, costing them the money they would have received for accuracy. The authors of the paper suggested that when experimental subjects saw the practice answers from the algorithm, they focussed on its apparently stupid mistakes—far more than they focussed on their own more regular mistakes.

Although somewhat under-explored, this study is typical of when people are given the results of an algorithm or statistical method (see here, here, here, and here). The algorithm tends to improve their performance, yet the algorithm by itself has greater accuracy. This suggests the most accurate method is often to fire the human and rely on the algorithm alone. ...