Contingency, History, and the Atomic Bomb

[ More on Sachs -- profile in Look Magazine 1950. ]
How Alexander Sachs, acting on behalf of Szilard and Einstein, narrowly convinced FDR to initiate the atomic bomb project. History sometimes hangs on a fragile thread: had the project been delayed a year, atomic weapons might not have been used in WWII. Had the project completed a year earlier, the bombs might have been used against Germany. 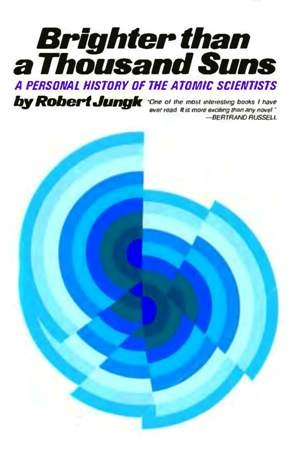 Excerpts below are from Robert Jungk's Brighter than a Thousand Suns: A Personal History of the Atomic Scientists. (Note the book contains inaccuracies concerning the wartime role of German physicists such as Weizsacker and Heisenberg.)


... This international financier could always obtain entry to the White House, for he had often amazed Roosevelt by his usually astonishingly accurate forecasts of economic events. Ever since 1933 Sachs had been one of the unofficial but extremely influential advisers of the American President, all of whom had to possess, by F. D. R.'s own definition, 'great ability, physical vitality, and a real passion for anonymity'. 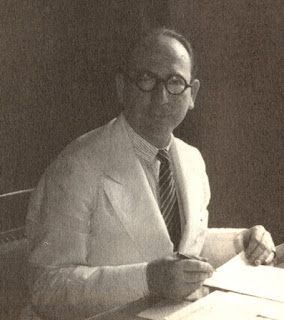 ... It was nearly ten weeks before Alexander Sachs at last found an opportunity, on October 11, 1939, to hand President Roosevelt, in person, the letter composed by [Leo] Szilard and signed by [Albert] Einstein at the beginning of August [1939]. In order to ensure that the President should thoroughly appreciate the contents of the document and not lay it aside with a heap of other papers awaiting attention, Sachs read to him, in addition to the message and an appended memorandum by Szilard, a further much more comprehensive statement by himself. The effect of these communications was by no means so overpowering as Sachs had expected. Roosevelt, wearied by the prolonged effort of listening to his visitor, made an attempt to disengage himself from the whole affair. He told the disappointed reader that he found it all very interesting but considered government intervention to be premature at this stage.

Sachs, however, was able, as he took his leave, to extort from the President the consolation of an invitation to breakfast the following morning. "That night I didn't sleep a wink," Sachs remembers. "I was staying at the Carlton Hotel [two blocks north of the White House]. I paced restlessly to and fro in my room or tried to sleep sitting in a chair. There was a small park quite close to the hotel. Three or four times, I believe, between eleven in the evening and seven in the morning, I left the hotel, to the porter's amazement, and went across to the park. There I sat on a bench and meditated. What could I say to get the President on our side in this affair, which was already beginning to look practically hopeless? Quite suddenly, like an inspiration, the right idea came to me. I returned to the hotel, took a shower and shortly afterwards called once more at the White House."

Roosevelt was sitting alone at the breakfast table, in his wheel chair, when Sachs entered the room. The President inquired in an ironical tone:

"What bright idea have you got now? How much time would you like to explain it?"

Dr. Sachs says he replied that he would not take long.

"All I want to do is to tell you a story. During the Napoleonic wars a young American inventor came to the French Emperor and offered to build a fleet of steamships with the help of which Napoleon could, in spite of the uncertain weather, land in England. Ships without sails? This seemed to the great Corsican so impossible that he sent [Robert] Fulton away. In the opinion of the English historian Lord Acton, this is an example of how England was saved by the shortsightedness of an adversary. Had Napoleon shown more imagination and humility at that time, the history of the nineteenth century would have taken a very different course."

After Sachs finished speaking the President remained silent for several minutes. Then he wrote something on a scrap of paper and handed it to the servant who had been waiting at table. The latter soon returned with a parcel which, at Roosevelt's order, he began slowly to unwrap. It contained a bottle of old French brandy of Napoleon's time, which the Roosevelt family had possessed for many years. The President, still maintaining a significant silence, told the man to fill two glasses. Then he raised his own, nodded to Sachs and drank to him.

Next he remarked: "Alex, what you are after is to see that the Nazis don't blow us up?"

It was only then that Roosevelt called in his attaché, [Brigadier] General [Edwin] "Pa" Watson, and addressed him—pointing to the documents Sachs had brought—in words which have since become famous:

More on the challenges:


Teller criticizes as follows one of these excessively rosy views of the early history of the American atom bomb: 'There is no mention of the futile efforts of the scientists in 1939 to awaken the interest of the military authorities in the atomic bomb. The reader does not learn about the dismay of scientists faced with the necessity of planned research. He does not find out about the indignation of engineers asked to believe in the theory and on such an airy basis to construct a plant.'

Wigner remembers the resistance. 'We often felt as though we were swimming in syrup,' he remarks. Boris Pregel, a radium expert, without whose disinterested loan of uranium the first experiments al Columbia University would have been impossible, comments: 'It is a wonder that after so many blunders and mistakes anything was ever accomplished at all.' Szilard still believes today that work on the uranium project was delayed for at least a year by the short-sightedness and sluggishness of the authorities. Even Roosevelt's manifest interest in the plan scarcely accelerated its execution. ...