Baizuo could also translate as "idiot left" (using a kind word of wordplay). Noam Chomsky is often cited as an exemplar, although I find this a bit unfair.

... If you look at any thread about Trump, Islam or immigration on a Chinese social media platform these days, it’s impossible to avoid encountering the term baizuo, or literally, the ‘white left’. It first emerged about two years ago, and yet has quickly become one of the most popular derogatory descriptions for Chinese netizens to discredit their opponents in online debates.

So what does ‘white left’ mean in the Chinese context, and what’s behind the rise of its (negative) popularity?

The question has received more than 400 answers from Zhihu users, which include some of the most representative perceptions of the 'white left'. Although the emphasis varies, baizuo is used generally to describe those who “only care about topics such as immigration, minorities, LGBT and the environment” and “have no sense of real problems in the real world”; they are hypocritical humanitarians who advocate for peace and equality only to “satisfy their own feeling of moral superiority”; they are “obsessed with political correctness” to the extent that they “tolerate backwards Islamic values for the sake of multiculturalism”; they believe in the welfare state that “benefits only the idle and the free riders”; they are the “ignorant and arrogant westerners” who “pity the rest of the world and think they are saviours”.

Apart from some anti-hegemonic sentiments, the connotations of ‘white left’ in the Chinese context clearly resemble terms such as ‘regressive liberals’ or ‘libtards’ in the United States. In a way the demonization of the ‘white left’ in Chinese social media may also reflect the resurgence of right-wing populism globally. ...

The term first became influential amidst the European refugee crisis, and Angela Merkel was the first western politician to be labelled as a baizuo for her open-door refugee policy. Hungary, on the other hand, was praised by Chinese netizens for its hard line on refugees, if not for its authoritarian leader. ... 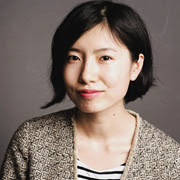