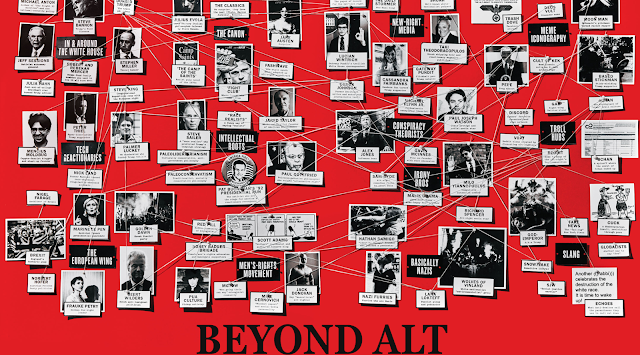 New York Magazine seems to have dedicated an entire issue to the Alt-Right. If you don't recognize any of this subterranean internet stuff you should probably have a look. Somehow they left out the Illuminati, though.

... what follows here is an attempt to really reckon with the alt-right and its fellow travelers: to organize and catalogue influences, philosopher-kings, and shit-posting foot soldiers; to track the movement’s history, its future, and the story of how the modern internet made it possible; to study its grievances, its media savvy, its symbols, its heroes and villains, its president and its critics of the president, its billionaire supporters and the underemployed message-board-dwelling “advocates” who serve as its creative engine. The movement is not a monolith — though it would also never be mistaken for a rainbow coalition — and part of what we’ve focused on is just how the various wings work together in concert. How does Steve Bannon relate to Russia Today, and what do conspiracy theorists have in common with pickup artists and Nazi Furries? How do memes like milk become weaponized, and just when did 4chan get political? How do its beliefs get amplified into the larger culture?

For all its theoretical anti-modernity, the alt-right is a uniquely modern movement, after all, enabled in reach by the connective tools of the social internet and by the clever use of the sort of irony that every young American raised on TV and memes recognizes as our pop-culture lingua franca. It’s an irony they’ve used as armor, too: If you take them seriously, they’ll claim you missed the joke. But of course, by treating them as a joke, you can miss their importance ... 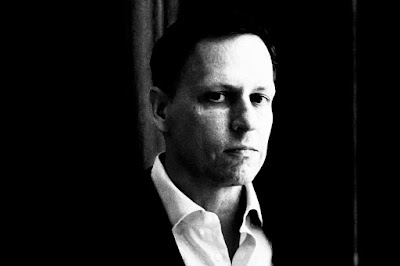 
The Techno-Libertarians Praying for Dystopia

... people who believe that the future of our species involves shedding our humanity in a marriage with AI; this is known as transhumanism, and it has not unreasonably been called a new tech religion. Though the movement has no explicit political affiliations, it tends, for reasons that are probably self-explanatory, to draw a disproportionate number of Silicon Valley libertarians. And the cluster of ideas at its center — that the progress of technology will inevitably render good ol’ Homo sapiens obsolete; that intelligence, pure computational power, is to be pursued above all other values — has exerted a powerful attraction on a small group of futurists whose extreme investment in techno-libertarianism has pushed them over an event horizon into a form of right-wing authoritarianism it might be useful to regard as Dark Transhumanism.