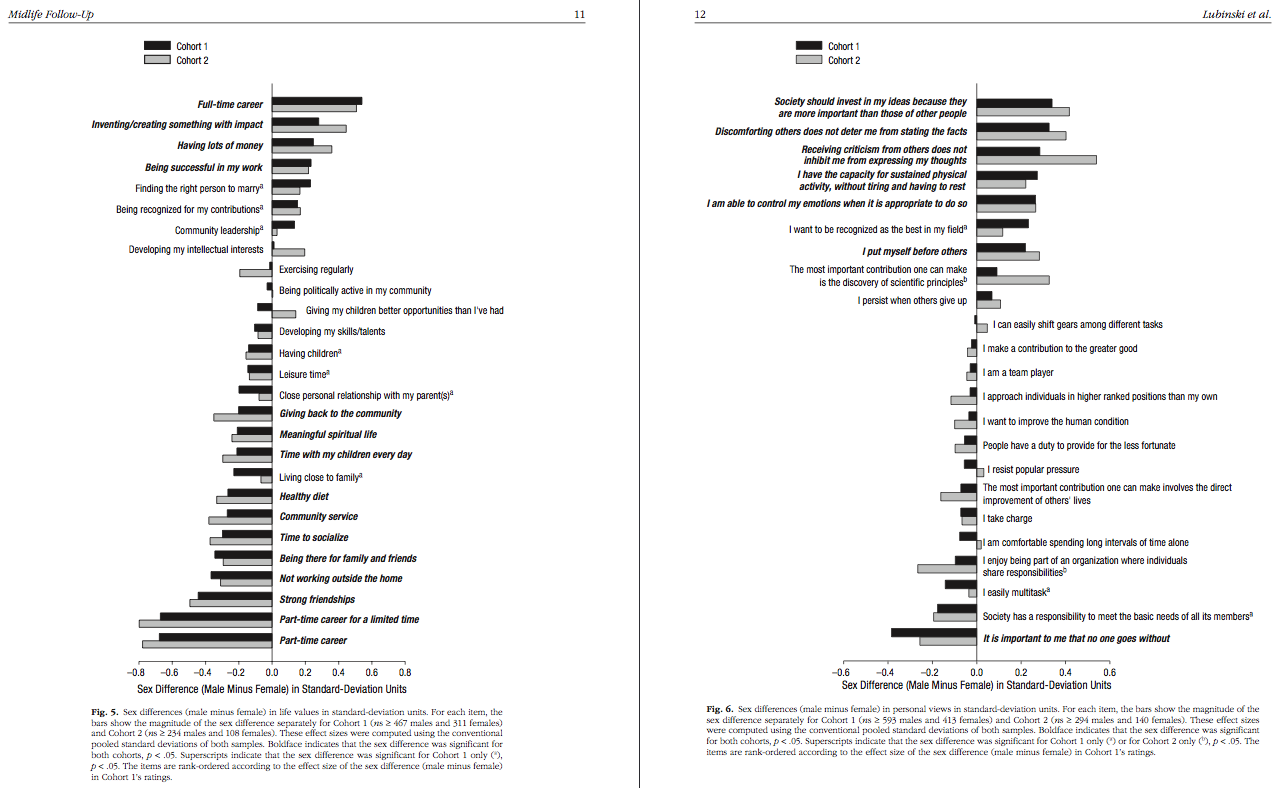 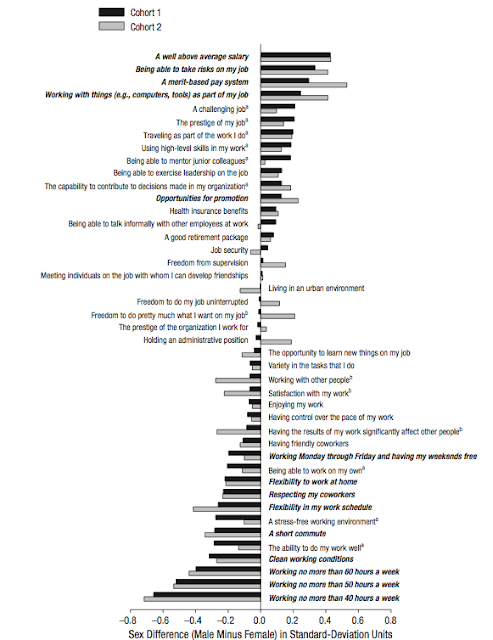 The recent SMPY paper below describes a group of mathematically gifted (top 1% ability) individuals who have been followed for 40 years. This is precisely the pool from which one would hope to draw STEM and technological leadership talent. There are 1037 men and 613 women in the study.


# Society should invest in my ideas because they are more important than those of other people.

                  Two cohorts of intellectually talented 13-year-olds were identified in the 1970s (1972–1974 and 1976–1978) as being in the top 1% of mathematical reasoning ability (1,037 males, 613 females). About four decades later, data on their careers, accomplishments, psychological well-being, families, and life preferences and priorities were collected. Their accomplishments far exceeded base-rate expectations: Across the two cohorts, 4.1% had earned tenure at a major research university, 2.3% were top executives at “name brand” or Fortune 500 companies, and 2.4% were attorneys at major firms or organizations; participants had published 85 books and 7,572 refereed articles, secured 681 patents, and amassed $358 million in grants. For both males and females, mathematical precocity early in life predicts later creative contributions and leadership in critical occupational roles. On average, males had incomes much greater than their spouses’, whereas females had incomes slightly lower than their spouses’. Salient sex differences that paralleled the differential career outcomes of the male and female participants were found in lifestyle preferences and priorities and in time allocation.

See also these poll results from the Harvard Crimson.


Crimson: ... The gender gap was also apparent in career choice. Men were far more likely to hope to eventually work in finance and entrepreneurship than women, while women were much more likely to aspire to careers in nonprofits and public service, health, and media or publishing. [ Note: these are super high achieving HARVARD kids in the survey, not state-U types ... no one has more "privilege" than they do, so I think it's fair to conclude that they might be expressing their relatively unconstrained actual preferences here. ]

I would be interested in seeing the numbers on:


# Discomforting others does not deter me from stating my ideas.