Additivity and complex traits in mice

How well can we predict complex phenotypes in mice from genomic data? The figure below, from a recent Nature Genetics paper (Speed and Balding doi:10.1038/nrg3821), shows prediction accuracies for a set of 139 traits -- including behavioral and disease phenotypes. Significant chunks of heritability are easily captured by linear models with additive effects. The population of mice used in the study are derived from crosses of 8 original inbred strains (see photo). For similar predictive results in dairy cows, see here.

This suggests that human population variation in complex traits is also likely to be approximately linear: mostly due to additive genetic effects. You may have noticed that I am gradually collecting copious evidence for additivity. Far too many scientists and quasi-scientists are infected by the epistasis or epigenetics meme, which is appealing to those who "revel in complexity" and would like to believe that biology is too complex to succumb to equations. ("How can it be? But what about the marvelous incomprehensible beautiful sacred complexity of Nature? But But But ...")

I sometimes explain things this way:


There is a deep evolutionary reason behind additivity: nonlinear mechanisms are fragile and often "break" due to DNA recombination in sexual reproduction. Effects which are only controlled by a single locus are more robustly passed on to offspring. ...

Many people confuse the following statements:

"The brain is complex and nonlinear and many genes interact in its construction and operation."

"Differences in brain performance between two individuals of the same species must be due to nonlinear (non-additive) effects of genes."

The first statement is true, but the second does not appear to be true across a range of species and quantitative traits.

See also discussion in section 3 of my paper On the genetic architecture of intelligence and other complex traits. 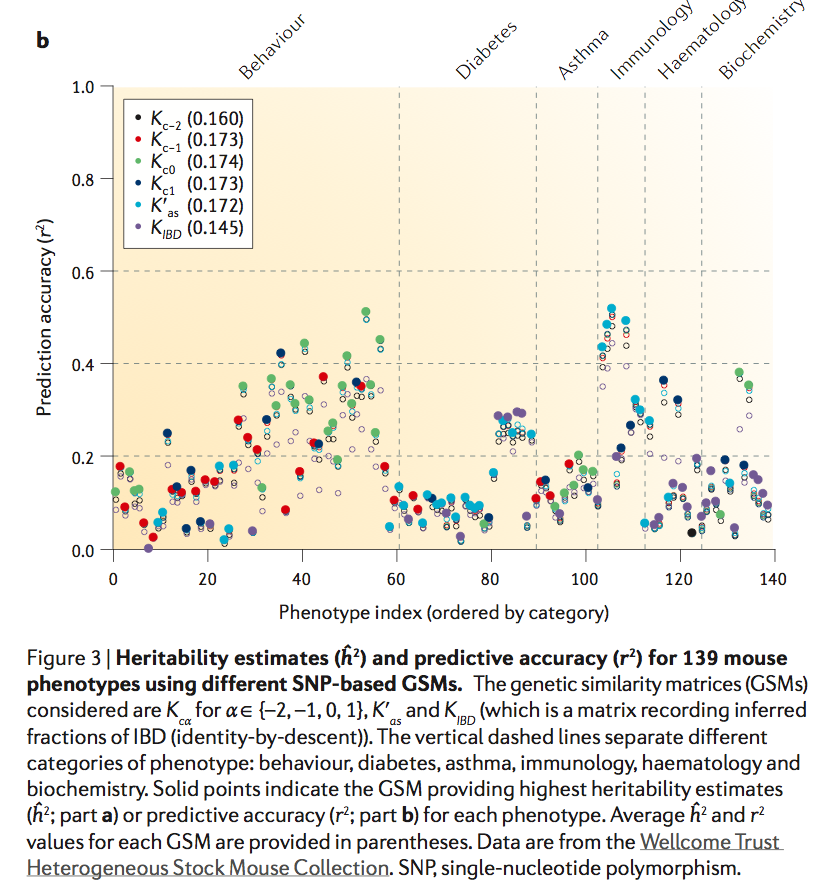 Compare to the additive heritability estimates below. Note the different K's correspond to different choices of genetic similarity matrices (GSMs; see paper). Just ignore all the dots except the ones with largest r2 or h2 for each phenotype. All of the underlying predictive models are linear. It is possible that some phenotypes have even greater broad sense (including non-additive) heritability and that nonlinear models will be required to capture this variation. 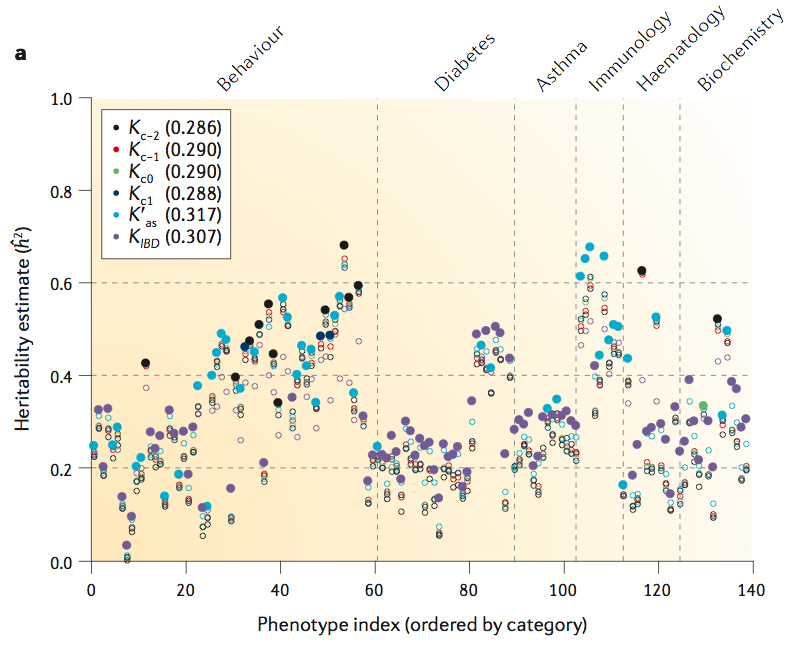 Some examples of behavioral traits measured in this mouse population.


EPM: (maze) distance travelled, time spent, and entries into closed and open arms
FN: time taken to sample a novel foodstuff (overnight food deprivation)
Burrowing: Number of pellets removed from burrow in 1.5 hours
Activity: Activity measured in a home cage in 30 minutes
Startle: Startle to a loud noise
Context freezing: Freezing to the context in which a tone is associated with a foot shock
Cue freezing: Freezing to a tone after association with a foot shock

It seems you have not understood even the first problem with your expectations, that measuring the functions of the human brain is very different from measuring the pellet removal of a mouse.