These results suggest that autism spectrum disorder (ASD) in high functioning males may be a different condition than ASD in low-IQ males and females. They also suggest many gene targets in which small "nicks" could result in lower IQ. I believe that at least part of "normal" population variation in IQ is due to effects like these.

See also Hints of genomic dark matter. Italics in abstract below are mine.

Whole exome sequencing has proven to be a powerful tool for understanding the genetic architecture of human disease. Here we apply it to more than 2,500 simplex families, each having a child with an autistic spectrum disorder. By comparing affected to unaffected siblings, we show that 13% of de novo missense mutations and 43% of de novo likely gene-disrupting (LGD) mutations contribute to 12% and 9% of diagnoses, respectively. Including copy number variants, coding de novo mutations contribute to about 30% of all simplex and 45% of female diagnoses. Almost all LGD mutations occur opposite wild-type alleles. LGD targets in affected females significantly overlap the targets in males of lower intelligence quotient (IQ), but neither overlaps significantly with targets in males of higher IQ. We estimate that LGD mutation in about 400 genes can contribute to the joint class of affected females and males of lower IQ, with an overlapping and similar number of genes vulnerable to contributory missense mutation. LGD targets in the joint class overlap with published targets for intellectual disability and schizophrenia, and are enriched for chromatin modifiers, FMRP-associated genes and embryonically expressed genes. Most of the significance for the latter comes from affected females. 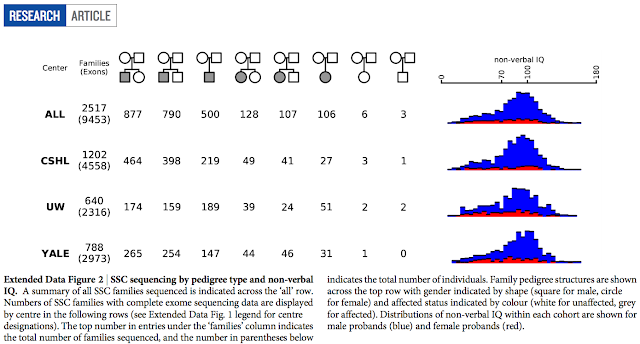 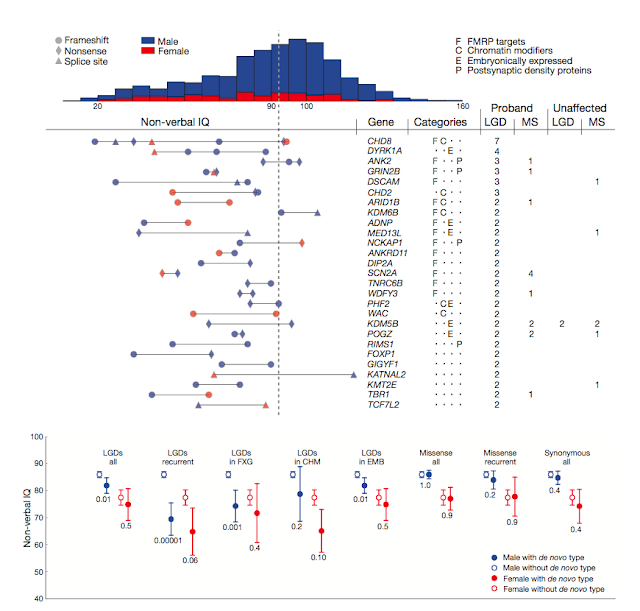 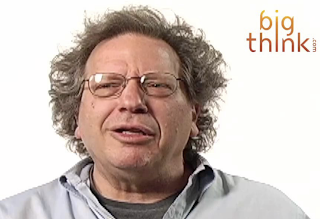