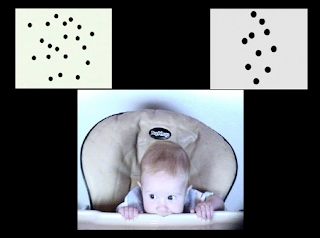 This is consistent with my experience as a parent and educator: my guess is that number sense is a cognitive module, at least somewhat distinct from general intelligence, and somewhat hardwired.

When I saw this meme pop up I was wondering how well this number sense module corresponds to "abstract mathematical ability." (e.g. for higher math). Any thoughts? I suspect it might correspond more with the kind of math skills seen in accountants and actuaries, but can't decide if I think its relation to higher math is "necessary but not sufficient" (or higher math as a cutoff on the same scale) or more completely separate.
P.S. I find your guess very plausible.

Is there such a thing as mathematical ability? The WAIS-IV has two subtests which seem to relate to math ability (Mental arithmetic, and Figure Weights). Yet when the WAIS-IV is factor analyzed, arithmetic loads mainly on working memory and figure weights loads mainly on perceptual organization, and of course both load extremely highly on g. But there's no math factor. Maybe there were more quantitative subtests a math factor would emerge, or maybe math is just a combination of other talents plus g.

What do you mean by a module? Something like quantitative reasoning (Gq) of the CHC theory?

Very interesting question. Another with the same flavour. What about geometry( the classical one, the one you can actually see xD)? Is it pure visuospatial ability? Can you be a good geometer with a mediocre number sense? (Mandelbrot?)

"...hypothesis that mathematics is built upon an intuitive sense of number that predates language."

Perhaps simple arithmetic is built upon number sense, but I'm not buying this for algebra.

Actually, number sense might be a basic brain function common to higher animals. A cat seems to know when its outnumbered.

The paper asserted that 'preverbal' is equated to 'intuitive ability'. However this is not substantiated nor had excluded the possibility of learning.
Not able to talk does not mean to have no language sense and unable to learn. Baby of eight month of age already feel the need to understand spoken words and can do statistical word segmentation.

Learning can be through seeing, hearing, touching, or even thruogh 'mouthing', i.e. the career unconsciously counts aloud while literally spoon feeding the baby.