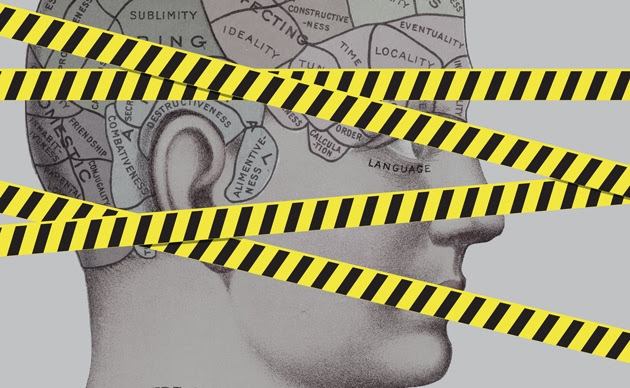 Nature editorial condemns research in cognitive genomics. A slight exaggeration, but consistent with the level of reporting in the accompanying article. (Click through and vote in their poll!)

I am quoted as follows:


After this summer's furore over Miller's interview [in Vice Magazine, of all places; Miller referred to Chinese embryo selection for "genius babies"], Hsu played down the potential for abuse. “There's a big gap between finding a few hits and finding thousands of hits — enough to predict the trait on the basis of the genotype — and we were never saying we were going to get to that point,” he says. But in 2011, before the uproar over the study, Hsu told Nature: “I'm 100% sure that a technology will eventually exist for people to evaluate their embryos or zygotes for quantitative traits, like height or intelligence. I don't see anything wrong with that.”

The first quote refers to the discovery power of our sample of 2000 gifted individuals. We would be quite happy to find even one genome-wide significant hit. The second quote refers to my prediction for what will be possible eventually (perhaps decades from now). Juxtaposing the quotes this way is deliberately misleading.
Posted by Steve Hsu at 5:30 PM

"before the uproar over the study"


is an "uproar" less than a "firestorm of controversy"?


if it had been a firestorm it would have been on tv, right?

"Juxtaposing the quotes this way is deliberately misleading."

Alas, this is a major journalistic tactic. Controversy sells newspapers (or in this case a prestigious magazine.) The Fourth Estate has always been a scurrilous bunch of frauds, liars, and political smear artists.

On top of my pile of unread books is When China Ruled the Seas, which claims that Ming China had a century's lead over the West in maritime technology, only to destroy its capability, including shipmaking plans, for shortsighted internal political convenience.

I wonder if the West will return the favor, especially since America's PC extremists and religious extremists might find rare common ground on the issue.

america isn't the west anymore. europeans are a minority of newborns.


race is american history from tierra fel guego to point barrow for 500 years.


nothing to do with anything so superficial as politics.

"But MacArthur notes that searches for genes connected with schizophrenia have had similar sample sizes and compared people at the far end of the risk spectrum (extremely likely to get the disease) with those in the middle (of average risk). Yet the efforts came up empty-handed. If the genetics of intelligence are similar to those of schizophrenia or height, MacArthur says, the team needs at least 10,000 cases and 10,000 controls."

Also, what's the timeline in your head for when this study is done? And if you had to bet on a timeline, how long before we can explain 10% of the variation in intelligence? 25%? 50?

As I imply in the post above ("... happy to find ... one genome-wide significant hit"), there are plausible models of the genetic architecture in which more statistical power than we have in the current study is required to even detect one causal variant. In our original power calculations (see, e.g., the Google talk I gave early on) we used height as the model to estimate number of hits. Since then evidence has accumulated to suggest that g will be at least a bit harder than height. So we might not find any hits in our BGI analysis.


My rough guess is that we'll need sample size of hundreds of thousands to millions of normal individuals to get to a good chunk of total g variance. In research of a more mathematical nature, we've made some progress on the "variable selection with high dimensional data" problem and are pretty sure there will be a "phase transition" to good recovery of loci at a certain point, so progress (when it comes) may be faster than what most people in the field expect.

Is the BGI study looking at mtDNA at all? I thought this paper was interesting: http://elife.elifesciences.org/content/2/e00776

i was accepted in march and just collected my sample earlier today, planning to mail it tomorrow... will it still be relevant, or are you done collecting data? will it be processed on the same terms as when i signed up?