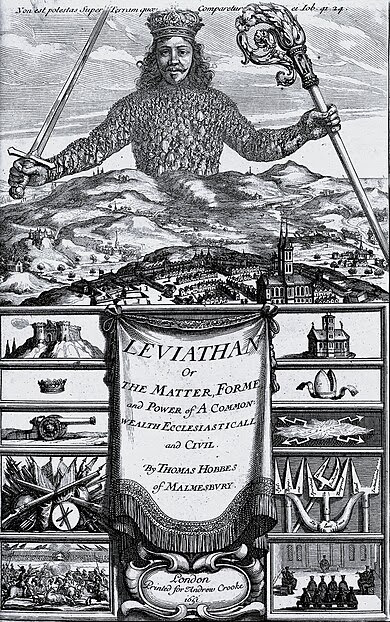 In such condition, there is no place for industry; because the fruit thereof is uncertain: and consequently no culture of the earth; no navigation, nor use of the commodities that may be imported by sea; no commodious building; no instruments of moving, and removing, such things as require much force; no knowledge of the face of the earth; no account of time; no arts; no letters; no society; and which is worst of all, continual fear, and danger of violent death; and the life of man, solitary, poor, nasty, brutish, and short. — "Chapter XIII.: Of the Natural Condition of Mankind As Concerning Their Felicity, and Misery.", Leviathan, Thomas Hobbes


Not only has natural selection not stopped since the advent of civilization, it has changed in subtle ways.


The Scientist: In 1974, the UK Medical Research Council (MRC) set up clinics in two rural villages in Gambia’s West Kiang district, offering free medical care to locals. The effect was dramatic. Thanks to good health care, better infrastructure, and accessible contraception, the villagers started living longer and having fewer children.

Over a short time, the district went through a modern-day demographic transition—a well-known fall in birth and death rates typically seen when human societies move to industrialized economies—causing natural selection to act upon the population in noticeably altered ways, according to a study published today (April 25) in Current Biology.

Alexandre Courtiol from the Leibniz Institute for Zoo and Wildlife Research and Ian Rickard from Durham University found that before 1974, shorter, fatter women had the highest relative fitness—measured by the number of descendants they leave behind. But since the clinic was built, selection pressures have flip-flopped so that taller, thinner women now have the advantage.

Their results are the latest to challenge the idea that modern humans have stopped evolving due to industrialization and medical advances. Although the team did not find any actual changes in gene frequencies—the gold standard for demonstrating evolution has taken place—“the paper illustrates that natural selection persists in contemporary human populations,” said Jacob Moorad, an evolutionary biologist from Duke University who was not involved in the study. “And this force for evolutionary change is fluid.” ...

Sounds like a ridiculously weak study. No attention to alternative hypotheses on causation (improved nutrition looks much more likely), failure to follow the number of surviving descendants after more than one generation, nothing about genotypes actually discovered. Pathetic.

My God how f---ing retarded.

Life expectancy at birth DECREASED with the advent of agriculture/civilization. So did height and teeth.

ONLY in the last 100 years has life expectancy at birth in the "civilized" world surpassed that of the hunter gatherer.

Hobbes was a MORON.

You may over estimates hunter gather lifespan. It is likely in the more civilized parts of history lifespan was far greater than hunter gatherer, and the first source I found says the last 200 years are better, I'm guessing that better isn't uniform across countries, probably somewhere like England we can count from the agricultural revolution, probably less clear cut for some more remote places.

It is very difficult to pick apart diet from things like climate change, and disease burden (the risks of which change if you stick in the same place for agricultural purposes). But hunter gathers died a lot from wounds, not clear if this is hunting accident or fighting. Maximum lifespan for hunter gatherers may have been better, but not many got to live that long, and I suspect that in most cases the people settling down to agriculture did so because individually at least it offered better immediate prospects. In the early transition stages there wasn't much diet change because meat from hunting was still plentiful even if you didn't chase after it as much.

But the whole idea evolution stopped is transparently silly. You have to stop changes in distribution of genes in the population, and whilst blondes are allegedly becoming scarcer we know that isn't happening. Stopped - no - altered beyond recognition - perhaps.

Pandora's seed is one source. In the 15th c English noblemen who lived to twenty could expect more than 50 years. Archeological evidence on the hg ag transition shows marked decline in health. Contemporary primitive peoples have life expectancy > 40 from what I've read. They die from infection and parasites.Steve might really be on the verge of becoming human if he realizes that the only justification for all the shit of civilization is the longer life expectancy, and that that at this time it can only be increased in the developed world by an intervention in aging itself.