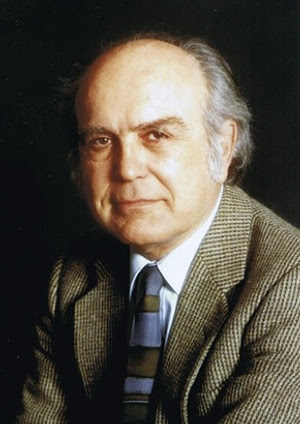 Unfortunately I had to miss this event, but one of our cohort of Berkeley students (Josh Burton) was able to attend. The photos below were taken by Josh. Had LHC discovered superpartners, Bruno Zumino and Julius Wess would have had a decent claim to a Nobel prize for their early work on supersymmetry.

It is strange to see my teachers grow old; to find myself older than some of the younger ones were when I was a student.

I remember Bruno as a consummate gentleman. He was kind to students and an excellent lecturer. The main idiosyncrasy was a small metal chalk holder that kept his hands clean but made the chalk squeak sharply as Bruno wrote his beautiful long equations on the board. In one of his special topics courses I turned in a term paper on string compactification (the Hosotani mechanism) which was returned with some nice comments and an A+. I think he hadn't been familiar with some of the results and attributed their cleverness incorrectly to me. Despite learning differential forms from both Kip Thorne and Bruno I've never used them much and continue to rely on explicit indices ;-)


Signing the guest book for all of us. 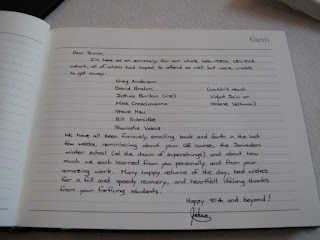 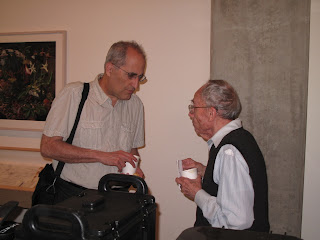 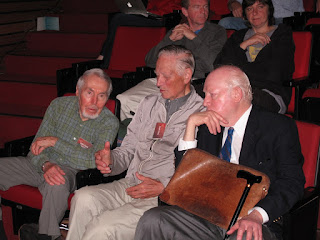