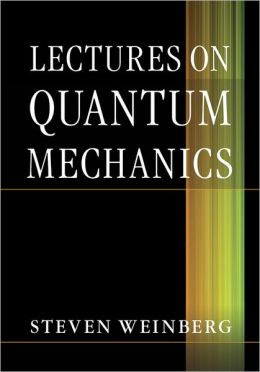 I have been eagerly awaiting Steven Weinberg's Lectures on Quantum Mechanics, both because Weinberg is a towering figure in theoretical physics, and because of his cryptic comments concerning the origin of probability in no collapse (many worlds) formulations:

Bohr's version of quantum mechanics was deeply flawed, but not for the reason Einstein thought. The Copenhagen interpretation describes what happens when an observer makes a measurement, but the observer and the act of measurement are themselves treated classically. This is surely wrong: Physicists and their apparatus must be governed by the same quantum mechanical rules that govern everything else in the universe. But these rules are expressed in terms of a wavefunction (or, more precisely, a state vector) that evolves in a perfectly deterministic way. So where do the probabilistic rules of the Copenhagen interpretation come from?

Considerable progress has been made in recent years toward the resolution of the problem, which I cannot go into here. [ITALICS MINE. THIS REMINDS OF FERMAT'S COMMENT IN THE MARGIN!] It is enough to say that neither Bohr nor Einstein had focused on the real problem with quantum mechanics. The Copenhagen rules clearly work, so they have to be accepted. But this leaves the task of explaining them by applying the deterministic equation for the evolution of the wavefunction, the Schrödinger equation, to observers and their apparatus. The difficulty is not that quantum mechanics is probabilistic—that is something we apparently just have to live with. The real difficulty is that it is also deterministic, or more precisely, that it combines a probabilistic interpretation with deterministic dynamics. ...

Weinberg's coverage of quantum foundations in section 3.7 of the new book is consistent with what is written above, although he does not resolve the question of how probability arises from the deterministic evolution of the wavefunction. (See here for my discussion, which involves, among other things, the distinction between objective and subjective probabilities; the latter can arise even in a deterministic universe).

2. He finds many worlds (no collapse, decoherent histories, etc.) unsatisfactory not because of the so-called basis problem (he accepts the unproved dynamical assumption that decoherence works as advertised), but rather because of the absence of a satisfactory origin of the Born rule for probabilities. (In other words, he doesn't elaborate on the "considerable progress..." alluded to in his 2005 essay!)


There is nothing absurd or inconsistent about the ... general idea that the state vector serves only as a predictor of probabilities, not as a complete description of a physical system. Nevertheless, it would be disappointing if we had to give up the "realist" goal of finding complete descriptions of physical systems, and of using this description to derive the Born rule, rather than just assuming it. We can live with the idea that the state of a physical system is described by a vector in Hilbert space rather than by numerical values of the positions and momenta of all the particles in the system, but it is hard to live with no description of physical states at all, only an algorithm for calculating probabilities. My own conclusion (not universally shared) is that today there is no interpretation of quantum mechanics that does not have serious flaws [italics mine] ...

It is a shame that very few working physicists, even theoreticians, have thought carefully and deeply about quantum foundations. Perhaps Weinberg's fine summary will stimulate greater awareness of this greatest of all unresolved problems in science.


"I am a Quantum Engineer, but on Sundays I have principles." -- J.S. Bell

I don't understand why his objection against MWI isn't much more widely brought up. I'm but a layman, so I might be fundamentally misinformed, but the branching of the universe as suggested by the MWI doesn't make any sense at all to me except when all eigenvalues are equal: suppose we measure ψ = sqrt(0.01)|A⟩ + sqrt(0.99)|B⟩ twice, then we should end up with AA, AB, BA, BB. How come BB only constitutes 25% of the results, even though B is 100 times more probable than A?

When I bring this subject up, expecting an enlightening answer, I am ridiculed and told that I "don't get it", so there's obviously something I'm missing. I've heard various attempts at resolving this though, but none of them sit right with me. The first one suggests that (in the above example) 100 times more B branches than A branches, but that doesn't appear sensible: will there be 1 A and 100 B's, or 10 A's and 1000 B's? And what does it even mean for the exact same universe to exist in 10 copies? It doesn't work with irrational probabilities either, e.g. ψ = sqrt(1/π)|A⟩ + sqrt(1-1/π)|B⟩, since there can't be an integer k such that B = kA.

Another explanation says that we observe the Born rule simply because we're in a branch where it happens to apply, but that seems like a very dissatisfying way to resolve the problem. I could just as well say that all particle motion is completely random, and we observe gravity because we happen to be in a branch were the random outcomes is in accordance with the theory of gravity.

All in all, it seems strange to rob a theory based upon statistics of the statistical component.

As I mentioned in the beginning, I have a very shallow understanding of QM and I apologise if this comes across as uninitiated and uninspired drivel.

Steve, we really really have to spend an hour or so discussing where quantum probabilities come from. It's not like the Physical Review supported my thoughts on this, but everyone I told my story to did, so far. My thoughts are still available for anyone to see on http://arxiv.org/abs/quant-ph/9605002, and further thoughts are here http://arxiv.org/abs/0911.1142. I also have completely unpublished stuff to talk about that involves Goedel incompleteness.