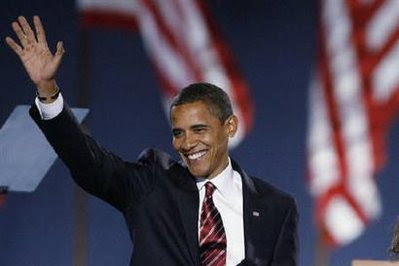 
Chronicle: ... While it may not seem likely, poll aggregation is a threat to the supremacy of the punditocracy. In the past week, you could sense that some high-profile media types were being made slightly uncomfortable by the bespectacled quants, with their confusing mathematical models and zippy computer programs. The New York Times columnist David Brooks said pollsters who offered projections were citizens of “sillyland.”

Maybe, but the recent track record in sillyland is awfully solid. In the 2008 presidential election, Silver correctly predicted 49 of 50 states. Wang was off by only one electoral vote. Meanwhile, as Silver writes in his book, numerous pundits confidently predicted a John McCain victory based on little more than intestinal twinges.

... Most journalists are ill equipped to interpret data, he says (and few journalists would disagree), so they view statistics with skepticism and occasionally, in the case of Brooks, disdain. “The data-driven people are going to win in the long run,” Jackman says.

He sees it as part of the rise of what’s being called Big Data—that is, using actual information to make decisions. As Jackman points out, Big Data is already changing sports and business, and it may be that pundits are the equivalents of the baseball scouts in Michael Lewis’s book Moneyball, caring more about the naturalness of a hitter’s swing than whether he gets on base.

“Why,” Jackman wonders, “should political commentary be exempt from this movement?”

... Last week the professional pundit and MSNBC host Joe Scarborough ranted that people like Silver, Wang, Linzer, and Jackman—who think the presidential race is “anything but a tossup”—should be kept away from their computers “because they’re jokes.” Silver responded by challenging Scarborough to bet $1,000 on Romney (in the form of a donation to the American Red Cross) if he was so sure. This led to hand-wringing about whether it was appropriate for someone affiliated with The New York Times to make crass public wagers.

But the bet seemed like an important symbolic moment. The poll aggregators have skin in the game. They’ve made statistical forecasts and published them, not just gut-feeling guesses on Sunday-morning talk shows. And, in Silver’s case, as a former professional poker player, he is willing to back it up with something tangible.

Alex Tabarrok, an economist and blogger for Marginal Revolution, applauded, calling such bets a “tax on bullshit.” ...

I think Nate Silver, inter alias, is right. I am not entirely clear his exact methodology, but guys like Scarborough, left to whinging about whether "internal polls" (whatever that means) differ, or that he sees "increased enthusiasm" from GoP voters as the basis for their reasoning seems to be wilfully tossing information into the bin.

It's a modern day take on the rhetorical - whom are you going to believe, me or your own eyes?

One caveat - not sure that touting Silver's bona fides with "he picked 49 of 50 states" is more than weak tea. We all know that just about anyone will get most of the states "right" (any model that, for example, picked Obama to win Texas would be worst than useless). The reality is, we know who the race will go in all but a handful of states. I know nothing about football, but if I had to "pick" 30 games between an NFL team and a college one, I reckon I could go 30 for 30.

I'd like to see some sort of analysis (Cohen's kappa, Monte Carlo sampling of state data for the past two elections) on the handful of "battelground" states comparing Silver to other approaches, to see how good he is in the challenging picks.

"any model that, for example, picked Obama to win Texas would be worst than useless"

I've read before predictions that within a couple of decades or so, Texas is going to become a blue state because of impending demographic shifts. I wonder whether or not we'll become a blue country when I'm old and gray-haired, as the US slowly devolves into Brazil...


Of course there is not much difference between the two parties so it doesn't matter much.

***Of course there is not much difference between the two parties so it doesn't matter much.***

A sad day for Republicans.


A great day for Americans.


A glorious day for the world.

Well, at least we don’t have riots this way. Steve can be relieved, the Federal Government will keep inve$ting in education (borrowed from China).

Yan, though I am not a Republican, I consider myself to be pretty conservative on most issues, social ones (e.g., gays, drug use) to the side. I've long thought that Mitt Romney was a pretty pragmatic Republican in that he would implement reasonably business-friendly, empirical economic policy and avoid the stupid political tar babies (e.g., abortion). He was unable to do that, and as a result, let's face it. For those of us on the political right (and for the record, I am not necessarily meaning you personally), last night was a disaster. It's really hard to imagine how it could have been worse, really.


I'm a statistician by training, and when I heard the Republican talking heads dismissing Silver's analysis because their "internal polls" said one thing, or their measures of "voter excitement" said another, I was thoroughly convinced that they were doing little more than hand-waving, and thus, I was not at all surprised by the outcome of the presidential race (it was about what I suspected, with perhaps some thought that Virginia might go for Mitt Romney), or the senate (which, believe it or not, was more of a debacle).


But what bothered me more than anything - even more than the grim reality that Americans looked straight in the face of failure and said, "Yes, I'd like four more years of that" - was the "analysis" being offered by the news media.


We watched NBC, and the meme they were flogging all night - from Tom Brokaw to Brian Williams to various other hair-sprayed empty suits - was how important the "Latino vote" is and will be, and how the Republicans will need to reach out to them on "their" issues.


HOW do Republicans reach out to "the Latino vote," and what, exactly, does Brokaw mean when he describes "their issues?"


We've heard that Hispanic voters are socially conservative (they are overwhelmingly Catholic, and actually were part of a constituency that helped California pass the disastrous Proposition 8). So we *know* that gay rights and "women's issues" are not part of that outreach.


I strongly suspect that this is just code for what we all know is the real difference - President Obama, in a desperate move this summer, signed an executive order moving us one step closer to amnesty for illegal immigrants, the overwhelming majority of whom are Latino. This, despite his pledge just a year ago that he lacked the legal authority to do so.


Basically, "Latino issues" is open borders with Mexico. It means pushing the ridiculous idea that what our 21st century economy needs to be competitive is millions and millions of people with a high school degree or less.


I call that pandering. President Obama, and all the Democrats for that matter, NEVER mention that there are thousands of skilled immigrants in India and China who want to come to this country, who could contribute to the economy immediately in real ways, and are waiting in line to get in because of our broken system. Mitt Romney, for all his faults, suggested that perhaps we reform our immigration system by letting in more skilled/educated immigrants while enforcing the rules to discourage unskilled/uneducated ones.


I totally, completely, and utterly agree with your spot-on comment about Brazil.

There's an assumption here. Namely that pundits are not merely playing pundits. But all TV pundits are just actors playing a roll.

Obama or Romney the trend toward Idiocracy is not reversible with America's current form of government.

Brazil is the country of the future and it always will be.