On the Hilbert space of quantum gravity

This follows up on our earlier work on "monsters" (see here and here) -- semiclassical configurations in general relativity with more entropy than black holes of equal ADM mass (second figure below). In this paper we note that if black hole evaporation is complete (no remnants, no spacetime topology change) and physics is unitary, then monsters cannot be part of the Hilbert space of quantum gravity (see first figure below, which is a Penrose diagram of an evaporating black hole). We also introduce another example of high entropy semiclassical configurations, constructed by gluing together closed FRW universes across Einstein-Rosen bridges (third figure below).

I can't take any credit for the nice figures -- they were created by my PhD student David Reeb :-)

Unitarity and the Hilbert space of quantum gravity

Abstract: Under the premises that physics is unitary and black hole evaporation is complete (no remnants, no topology change), there must exist a one-to-one correspondence between states on future null and timelike infinity and on any earlier spacelike Cauchy surface (e.g., slices preceding the formation of the hole). We show that these requirements exclude a large set of semiclassical spacetime configurations from the Hilbert space of quantum gravity. In particular, the highest entropy configurations, which account for almost all of the volume of semiclassical phase space, would not have quantum counterparts, i.e. would not correspond to allowed states in a quantum theory of gravity. 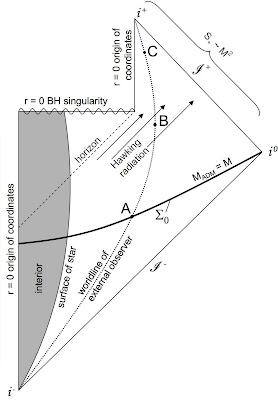 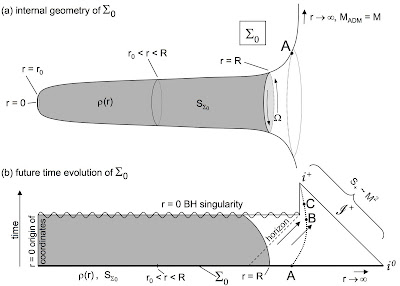 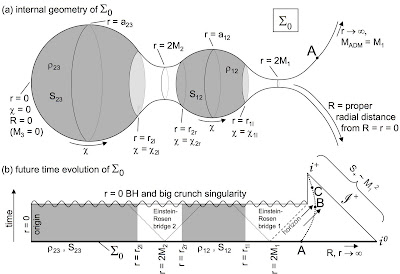 Those is some fine looking figures indeed. What graphics software does he use?

I think he just used MSFT Office! (I could be wrong...)