Bear Stearns evaporated over the weekend. Its market cap plummeted from $20B a year ago to $3.5B on Friday to essentially zero this weekend, when JP Morgan acquired them for less than the real estate value of their building in Manhattan. Due to Fed guarantees made to JP Morgan, US taxpayers are on the hook for $30B of the most illiquid mortgage backed securities on Bear's books. The Fed intervened because had Bear been allowed to melt down there would have been chaos in and systemic risk to the financial markets ("too big and interconnected to fail"). The current crisis is much more serious than either the Long Term Capital collapse of 1998 or even the savings and loan crisis of the 1980s.

How do illiquid securities get priced? Ultimately, it's competition between FEAR and GREED. At the moment FEAR is winning -- there are serious mispricings in corporate and municipal bond markets due to gigantic risk premia and a flight to security. Mortgage securities won't bottom out until GREEDY capital (controlled by investors willing to take a risk today in hopes of future profits) is sufficient. The problem is that price recovery can't take place until market confidence returns and, additionally, the ultimate value of mortgage securities depends on future projections about the bursting housing bubble, default rates, overall macro trends, etc. It could take a long time for markets to clear, with the Fed (taxpayers!) acting as the buyer of last resort in the interim.

WSJ: ..."At the end of the day, what Bear Stearns was looking at was either taking $2 a share or going bust," said one person involved in the negotiations. "Those were the only options."

To help facilitate the deal, the Federal Reserve is taking the extraordinary step of providing as much as $30 billion in financing for Bear Stearns's less-liquid assets, such as mortgage securities that the firm has been unable to sell, in what is believed to be the largest Fed advance on record to a single company. Fed officials wouldn't describe the exact financing terms or assets involved. But if those assets decline in value, the Fed would bear any loss, not J.P. Morgan.

The sale of Bear Stearns and Sunday night's move by the Fed to offer loans to other securities dealers mark the latest historic turns in what has become the most pervasive financial crisis in a generation. The issue is no longer whether it will yield a recession -- that seems almost certain -- but whether the concerted efforts of Wall Street and Washington can head off a recession much deeper and more prolonged than the past two, relatively mild ones.

Former Treasury Secretary Robert Rubin last week described the situation as "uncharted waters," a view echoed privately by top government officials. Those officials have been scrambling to come up with new tools because the old ones aren't suited for this 21st-century crisis, in which financial innovation has rendered many institutions not "too big too fail," but "too interconnected to be allowed to fail suddenly."

Bear Stearns's sudden meltdown forced the federal government to come to grips with the potential collapse of a major Wall Street institution for the first time in a decade. In 1998, about a dozen firms, with encouragement from the Federal Reserve Bank of New York, provided a $3.6 billion bailout of Long-Term Capital Management that kept the big hedge fund alive long enough to liquidate its positions. Bear Stearns famously refused to participate in that rescue.

The scale of the financial system's troubles are even bigger this time around. Since last summer, the Fed has lowered its target for the federal-funds rate, charged on low-risk overnight loans between banks, to 3% from 5.25%, and it is expected to cut the rate again this week. Last week, the Fed said it would lend Wall Street as much as $200 billion in exchange for a roughly equivalent amount of mortgage-backed securities.

But those moves have failed to soothe investors and lenders, who are worried about the true value and default risk of many debt securities or are hoarding cash to meet their own needs. As worries grew that failing to find a buyer for the beleaguered investment bank could cause the crisis of confidence gripping Wall Street to worsen across the financial system, federal regulators pushed Bear Stearns's board to sell the firm.

Who can forecast or model the future value of a complicated CDO tranche? Only a quant with a PhD. Are the real decision makers and risk takers on Wall Street in the mood to trust those calculations? Certainly not at the moment. Therefore, I predict, for now, very limited bargain hunting by just a few bold investors, and no end to illiquidity.

From a recent Fortune interview with Paul Krugman; he seems to be saying subprime is oversold and there's money to be made for the steely eyed:

Fortune: ...do you think the sense of crisis is turning into a crisis of confidence more than anything else?

I fluctuate on that. I look at the prices on subprime-backed securities. Even the AAA-rated tranche is selling for barely over 50 cents on the dollar, and the rest is essentially worthless, which amounts to a prediction that you're going to get really very little on this stuff. Even if every subprime borrower walks away from his house and a lot of money is lost in foreclosure, it's hard to get numbers that bad. So there might be some overselling in these markets. But on the other hand, a lot of the financial system looks like it's going to shrivel up and have to be rebuilt. And that's not too good.

The other risk is, of course, a dollar meltdown. As the Fed lowers interest rates and (effectively) prints money to stimulate the economy and prop up banks and securities firms, foreign investors must begin to question the future of the dollar as a store of wealth. The same crisis of confidence that brought down Bear could eventually bring down the US dollar. 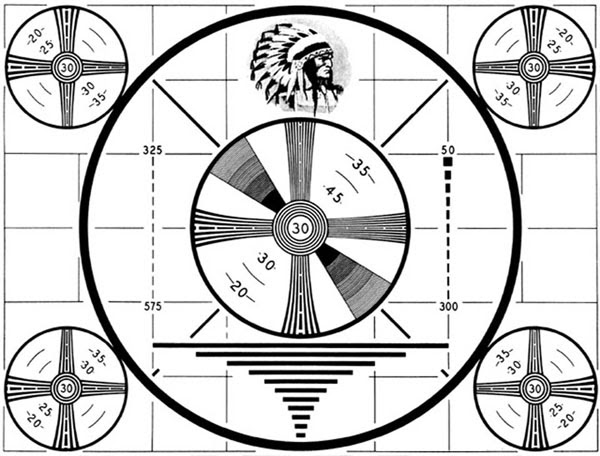 I don't agree with the following:

Who can forecast or model the future value of a complicated CDO tranche? Only a quant with a PhD.

I claim that the quants are the ones who sold their bosses on overly complex Monte Carlo pricing models that overmodeled things that don't really matter and undermodeled the things that do.

What is badly needed are the financial equivalents of "Fermi questions".

Well, I think Krugman was attempting a Fermi estimate -- (he claims) current prices of AAA rated tranches assume that *all* subprime borrowers will default; given a decent handle on foreclosure costs we'd have a lower bound on the value of the security. But even such an estimate requires some crunching of numbers and the big bosses are probably not in the mood to accept those estimates (simple as they are) given the previous model problems that you pointed out! (Quant credibility nil at the moment?)

Also the "political economy" on the street is probably such that it is just better to take no risk at all than to stick your neck out, even if you have a shot at a home run!

Great place for player big enough (government, Buffett) to buy some serious amount of CDO's. To make profit and hence stabilize the system and hence find a market price for CDO's and hence to make a profit and hence.. Self-proclaimed prophecy.

I haven't read the last comment. Can you say what the graph at the bottom of your post is plotting?