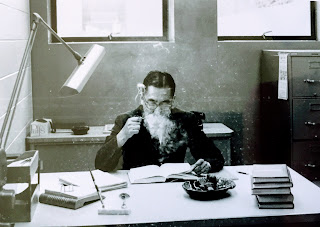 I donated a number of shares in my previous startup (SafeWeb, Inc., acquired by Symantec in 2003) to endow a permanent undergraduate scholarship in memory of my father. In the course of setting up the scholarship I had to assemble a brief bio of my dad, which I thought I would post here on the Internet, to preserve for posterity.
The first recipient of the scholarship was a student from Shanghai, who had won a gold medal in the International Physics Olympiad. The second recipient was a woman from Romania. I encourage all of my friends in the worlds of technology and finance to give back to the institutions from which they received their educations.

This scholarship was endowed on behalf of Cheng Ting Hsu by his son Stephen Hsu, Caltech class of 1986. It is to be awarded in accordance with Institute policies to the most qualified international student each year. Preference is to be given to applicants from Chinese-speaking countries: China (including Hong Kong), Taiwan and Singapore. Also, preference should be given, if possible, to those with outstanding academic qualifications (such as, but not limited to, performance in national-level competitions in math, physics or computer science or other similar distinction). If the recipient is a continuing (rather than incoming) student, academic qualification can be based on GPA at Caltech, or other outstanding performance (such as, but not limited to, performance on competitive exams such as those in computer programming or mathematics, or outstanding research work).

Cheng Ting Hsu was born December 1, 1923 in Wenling, Zhejiang province, China. His grandfather, Zan Yao Hsu was a poet and doctor of Chinese medicine. His father, Guang Qiu Hsu graduated from college in the 1920's and was an educator, lawyer and poet. Cheng Ting was admitted at age 16 to the elite National Southwest Unified University, which was created during WWII by merging Tsinghua, Beijing, and Nankai Universities. This university produced numerous famous scientists and scholars such as the physicists C.N. Yang and T.D. Lee.

Cheng Ting studied aerospace engineering (originally part of Tsinghua), graduating in 1944. He became a research assistant at China's Aerospace Research Institute and a lecturer at Sichuan University. He also taught aerodynamics for several years to advanced students at the air force engineering academy.

In 1946 he was awarded one of only two Ministry of Education fellowships in his field to pursue graduate work in the United States. In 1946-1947 he published a three-volume book, co-authored with Professor Li Shoutong, on the structures of thin-walled airplanes.

In January 1948, he left China by ocean liner, crossing the Pacific and arriving in San Francisco. In March of 1948 he began graduate work at the University of Minnesota, receiving his masters degree in 1949 and PhD in 1954. During this time he was also a researcher at the Rosemount Aerospace Research Institute in Minneapolis.

In 1958 Cheng Ting was appointed associate professor of aerospace engineering at Iowa State University. He was one of the founding faculty members of the department and became a full professor in 1962.

Professor Hsu retired from Iowa State University in 1989 due to ill health, becoming Professor Emeritus. He passed away in 1996.

Added 2020: Some old photos. The earliest date to his Lianda student days. 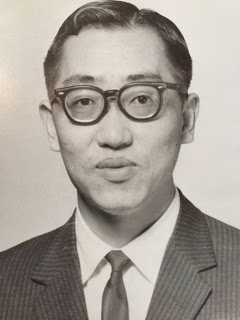 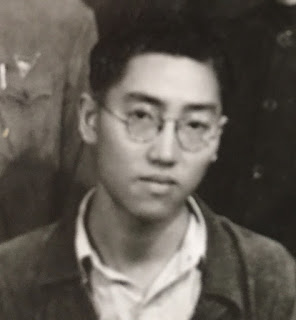 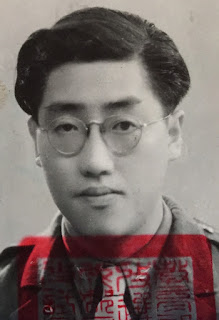 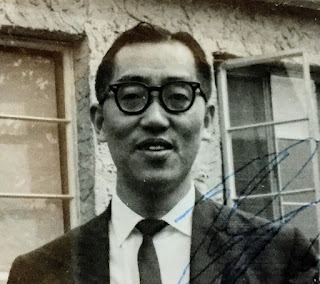 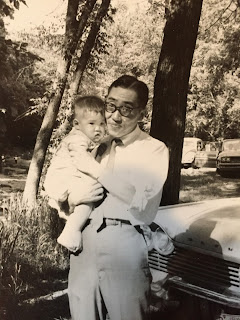 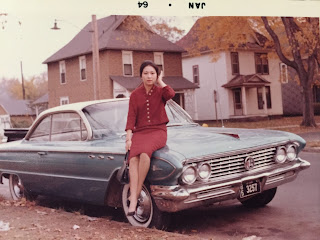 Steve, you have done a great thing. I'm honored to know you.


"Preference is to be given to applicants from Chinese-speaking countries: China (including Hong Kong), Taiwan and Singapore."

Are you scared of Russians taking over? :)

PS: That preference was included in memory of dear old Dad. It isn't being applied very strictly, since of the first 4 recipients only one is from a Chinese-speaking country, and, in fact, 2 of 4 are from former Eastern bloc countries!

We could have a long conversation about how little influence one has on the use of one's donated funds after the transaction is completed... :-)

The Russians are doing just fine in academic science (at least here in the US)!

Thanks for the interesting and inspirational bio of Cheng Ting Hsu. The scholarship is a generous and fitting way to honor his memory.

An impressive man. But certainly he also had descendants, and not just the aforementioned ascendants?

I know it's a professional biography, but a happy family is a great achievement.

Quercus: there was more in the bio about his family life and descendants, but I left it off for privacy reasons. My dad was a great father and family man, so I was lucky in many ways :-)

"I encourage all of my friends in the worlds of technology and finance to give back to the institutions from which they received their educations."

All well and good if they come from a poor institution such as Caltech. I wouldn't encourage it if they came from an over-endowed Ivy League like Harvard.

On a per student basis Caltech's endowment is pretty large -- they have less than 2000 students in total and only about 800 undergrads. That means they have around $1M per student, which is more than MIT and most of the Ivy league. In absolute terms their endowment is not so big.