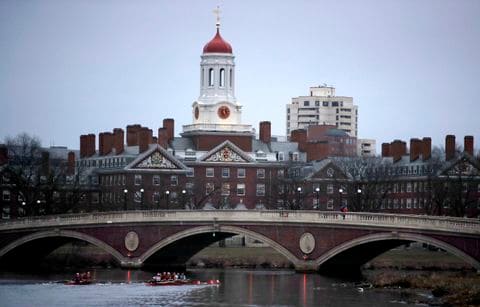 Let's see if any other media outlets cover this very essential part of the trial -- the cross examination of each side's statistical experts. As far as I understand, the plaintiff's claim that "unhooked" Asian American applicants are discriminated against by Harvard relative to applicants of other ethnicities (including white applicants) is NOT DISPUTED by Harvard, nor by their statistical expert David Card (economist at Berkeley).


Chronicle: ...A main difference between the two economists’ analyses is which types of applicants they included. Arcidiacono excluded recruited athletes, the children of alumni, the children of Harvard faculty and staff members, and students on a “Dean’s List” made up partly of children of donors. Those applicants — about 7,000 out of the roughly 150,000 students in the six-year data set — are admitted at a much higher rate than the rest of the pool, which Arcidiacono said made them difficult to compare with the other applicants.

The judge, Allison D. Burroughs of the Federal District Court, had some questions about the decision to omit that group. She wondered how many Asian-American applicants in those excluded categories are admitted. As it turned out, they are admitted at higher rates than the white applicants.

“It looks to me like what you’re arguing is you have an admissions office that’s discriminating against Asians, but they only do it in certain places,” she said. Arcidiacono agreed.

Unhooked applicants make up 95% of all applicants, but only 2/3 of admits. Recruited athletes, legacies, rich donor kids, etc. are all admitted at much higher rates than ordinary kids -- while only 5% of the applicant pool they are 1/3 of the entering class!

There has never been any claim that Asian Americans who are, e.g., nationally ranked athletes or children of billionaires are discriminated against. Eoin Hu, a Chinese American, was the star running back at Harvard when I was there! Jeremy Lin may have been denied D1 scholarships by Stanford and Berkeley despite being first-team All-State and Northern California Division II Player of the Year, but Harvard Basketball was very happy to have him.

If your kid is an unhooked applicant, you can infer much more about his or her prospects from Arcidiacono's analysis than from Card's. The former covers 95% of the pool and is not subject to large idiosyncratic and distortionary effects from the special 5% that are advantaged for reasons having nothing to do with academic merit or even personality and leadership factors.

From the SFFA brief (still uncontested?):


Professor Arcidiacono thus correctly excluded special-category applicants to isolate and highlight Harvard’s discrimination against Asian Americans. Professor Card, by contrast, includes “special recruiting categories in his models” to “obscure the extent to which race is affecting admissions decisions for those not fortunate enough to belong to one of these groups.” At bottom, SFFA’s claim is that Harvard penalizes Asian-American applicants who are not legacies or recruited athletes. Professor Card has shown that he is unwilling and unable to contest that claim.

The question of how unhooked applicants are treated has been discussed in college admissions circles for some time. From 2006:


Inside Higher Ed covers a panel called “Too Asian?” at the annual meeting of the National Association for College Admission Counseling. Particularly telling are the comments of a former Stanford admissions officer about an internal study which found evidence of higher admission rates for white applicants over Asians of similar academic and leadership qualifications (all applicants in the study were "unhooked" - meaning not in any favored categories such as legacies or athletes).