Federal R&D, which skews more toward basic research, is typically somewhat less than 1% of US GDP (~$100 billion per annum). See figure below. 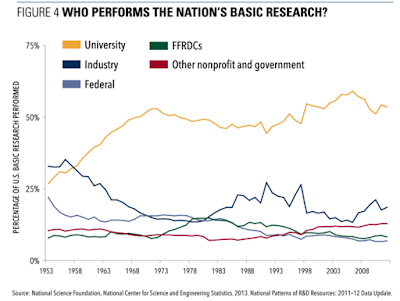