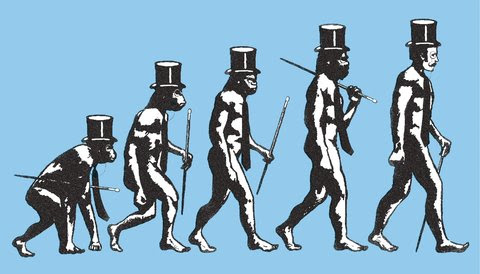 The working paper below on multigenerational mobility arrives at smaller intergenerational correlations than Greg Clark obtained (e.g., 0.4 vs 0.7). I found Clark's results hard to explain, at least in genetic terms, because estimates of assortativity in mating are much lower than required.

Related posts here and here. From the second link:


Correlations as high as 0.7 -- 0.8 are implausible from genetic factors alone without highly assortative mating. Traits such as height and IQ have narrow sense heritabilities as large as h2 ~ 0.6, so fraction of variance accounted for is ~ 60%, and midparent-child correlation as high as ~ 0.8, but under even somewhat random mating the parental midpoint is significantly closer to average than the phenotype of the more exceptional parent. This would cause children to regress to the mean much faster in height and IQ than in social status as indicated in Clark's data. It's also important to note that social status itself is only imperfectly correlated to observable phenotypes such as IQ, Conscientiousness or Extraversion. See Intergenerational mobility: Bowles, Gintis, Clark for more.

Solon's results seem to be consistent with Bowles and Gintis.


What Do We Know So Far about Multigenerational Mobility?

Abstract
“Multigenerational mobility” refers to the associations in socioeconomic status across three or more generations. This article begins by summarizing the longstanding but recently growing empirical literature on multigenerational mobility. It then discusses multiple theoretical interpretations of the empirical patterns, including the one recently proposed in Gregory Clark’s book The Son Also Rises.


... contrary to Clark’s prediction, most group-average studies other than his own – including the surnames-based work by Chetty et al. – have estimated much smaller intergenerational associations.

Steve there are two problems with much of the literature on intergenerational mobility that I have never worked out.

First, much of the literature depends on a strong Markov assumption. If a Rockefeller kid drops a notch in the class ladder by crossing a boundary he is at that point closer to the upper-middle boundary than a Harpending kid that moves over the middle class boundary from below. Each of them is much more likely to cross back, the Rockefeller kid back to upper class and the Harpending kid back to lower class.

I warned you about Clark, but did you listen to me? No sir.

There was a paper that found that Clark's finding held within the general farmer population:

Farmer Families at the Heart of the Educational Revolution: Which Occupational Group Inherited Human Capital in the Early Modern Era? (2012)

tiresome chinks should go back to china with their chinklings and chinkettes.

steve's and his chnklings' and chinkette's repatriation is well overdue.

nothing more tiresome than a pushy chink.

One question I don't think has been answered yet is: how much impact does name-changing have on these results?

Great blog post!!! its worth to read this. I found out some more great stuff to read.
CRISPR/Cas9