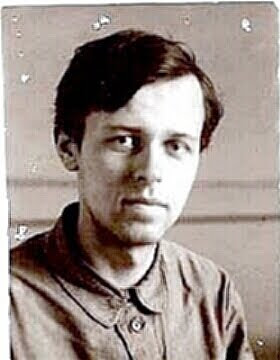 We know that the decisive ideas for the first thermonuclear device came from Ulam and Teller. Did the great theorists Sakharov and Zeldovich (both names will be familiar to students of cosmology and particle physics) who created the Soviet H-bomb have the same ideas independently, or did they obtain them via espionage? The answer is still in dispute ...


Scientific American: ... There are no documents shedding light on this crucial period. There are only three fragments of oral history:

1. Sakharov’s close associate Yury Romanov says: “The Third Idea emerged in the spring of 1954. It began when Sakharov brought the theorists together and set forth his idea about the high coefficient of reflection of impulse radiation from the walls made of heavy material.”

2. An associate of Zeldovich, Viktor Adamskii, recollects that one day Zeldovich burst into his study and joyously exclaimed: “We should do it differently, we’ll release radiation from a spherical device!”

3. The most intriguing is the testimony of another associate of Zeldovich, Lev Feoktistov, who questioned the Soviet originality of the Third Idea. To him the Third Idea was too sudden to be truly indigenous. He says there were “neither drawings nor accurate data from the outside,” but that Sakharov and Zeldovich were bright and experienced enough to be enlightened by just a few words’ hint from a well-placed spy.

... My own reading of Sakharov’s writings suggests that he never had access to Fuchs’s report of 1948. Consider the following words in Sakharov’s memoirs, with a note he added toward the end of life:


Now I think that the main idea of the H-bomb design developed by the Zeldovich group was based on intelligence information. However, I can’t prove this conjecture. It occurred to me quite recently, but at the time I just gave it no thought. (Note added July 1987. David Holloway writes in “Soviet Thermonuclear Development,” International Security 4:3 (1979/80), p. 193: “The Soviet Union had been informed by Klaus Fuchs of the studies of thermonuclear weapons at Los Alamos up to 1946. … His information would have been misleading rather than helpful, because the early ideas were later shown not to work.” Therefore my conjecture is confirmed!)

I think the following happened. In January 1954, Sakharov was thinking about how to realize the idea of atomic compression. By May, he had realized that the flash of light from an exploding A-bomb — as opposed to the neutrons and other material products — would be the best tool to compress the thermonuclear charge. He realized that the flash of light could be confined within a metal casing for a microsecond or so, long enough to compress the charge symmetrically. He discussed this idea with Zeldovich, who recognized this as the idea he had failed to appreciate in Fuchs’s report six years earlier. As soon as he grasped Sakharov’s arguments, he (with his close associate Trutnev) brought in some details from Fuchs’s report, but never mentioned the actual report to Sakharov, since the latter was not granted access to it. So, Sakharov drew the conclusion that Zeldovich and Trutnev had also been very close to the Third Idea.

If Zeldovich was already familiar with radiation pressure as the tool for compression, via the Fuchs report of 1948, then perhaps one cannot really credit Teller so much for adding this ingredient to Ulam's idea of a staged device using a fission bomb to compress the thermonuclear fuel. Fuchs and von Neumann had already proposed (and patented!) radiation implosion years before. 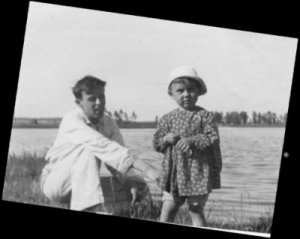 Ulam always gave Teller some credit, although like everyone else he strongly disliked him. Strange, if all Teller did was rehash what Fuchs and Neumann had already done.
"Too sudden to be truly indigenous" is a ridiculously weak argument.

Perhaps Teller is the one who realized that light from a spherical source is easily refocused or reflected onto a spherical target. Interestingly, the Chinese design supposedly uses x-ray lenses to focus the radiation, as opposed to reflection from a heavy metal.


The whole thing is a bit mysterious, probably because some of the "facts" we are going on are actually disinformation.

Well, they obviously knew that working thermonuclear devices were possible because everyone knew the U.S. had tested them. There is such a vast difference between solving a problem when you know it has a solution and solving it when your mind faces the doubt that there may be no solution. I sometimes say this is the difference between undergrad problem sets and a Ph.D. thesis ... So, whether they had advanced intelligence or not strikes me as of interest to military historians rather than scientists ....

Certainly a big advantage to know a priori that the problem has a solution. But, for example, it is claimed that the French had a hard time with the thermonuclear step and actually required outside assistance.