The journal made me replace my crude but hopefully charming hand drawn figures with computer-generated ones. Which are better?

Unfortunately I have no artistic talent, and even less when using a drawing program. My daughter must have gotten her abilities from mom :-) 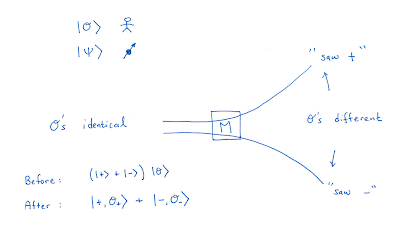 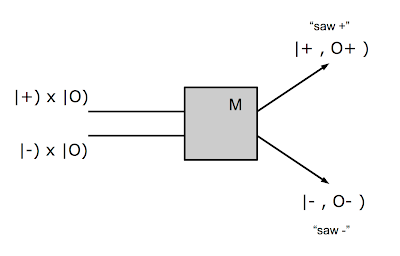 FIG1: However, if the combined system S' = S + M evolves unitarily (in particular, linearly) as in (1), we obtain a superposition of measurement device states (see figure 1) ... At first, this seems counter to actual experience: properly executed measurements produce a single outcome, not a superposition state. But how do we know for sure? In fact, an observer described by the state M+ might be unaware of the second branch of the wave function in state M- for dynamical reasons related to a phenomenon called decoherence... 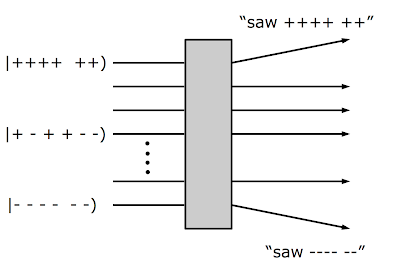 FIG2: We emphasize again that universal Schrodinger evolution only admits subjective, but not objective, randomness and probability. Just before the measurement depicted in figure 2, all of the observers are in identical states. ... The first line of the equation has been written to emphasize that in the m basis it appears as if there are 2^N identical observers, each of whom is destined to evolve into a particular one of the O_m. Of course, the observer does not know which of the O_m they will evolve into, because they do not (yet) know the spin state |m> on their branch. But this is a subjective uncertainty because, indeed, the outcome is already pre-determined. This perspective may appear more natural if one considers the time reversal of the final state ...

It's not bad at all.

Hand-drawn ones definitely better looking.  Why not have a graphically talented grad student take a crack at it?  I can remember when I submitted my first paper, the Lab I was at still employed a professional graphical artist for producing nice figures.

Well, you kinda primed for it ;)  But I do like the hand-drawn better.  But, with the kind of graphics programs available, one should be able to make ones that look much more like the hand-drawn - but more "refined" so to speak, and less like crude Power Point early graphics boxes.

You could probably argue with them that Penrose hand-draws all his figures...

In Fig 2 the dots are missing on the right side. makes all the difference 8-)

Have you thought about using an Intuos tablet or something like that?

Hsu, what are your opinion on non-overlapping diverging worlds vs overlapping worlds in terms of probability?
Simon Saunders advocates it in the Many Worlds? 2010 Oxford book.
Alastair Wilson has also worked on this in the last years, here is his most recent paper: http://alastairwilson.org/files/opieqmweb.pdf

Actually, your kids seemed to have real artistic talent (at least compared to me!).  Maybe they can try the drawings, and get a name-credit on the paper if they're good enough.  It's never too early to start building up the old college-application package...