I gave another talk this morning on monsters. I'm the only speaker here using English -- all the other talks are in Chinese. My Mandarin is not good enough to follow physics talks (not even close). It is quite interesting how much is lost even though the slides are mostly in English. Despite weird claims I've read that Chinese is not precise enough for science (or whatever), people here seem to have no trouble doing physics entirely in Chinese, with only the occasional technical term thrown in: "spacelike", "Killing vector", etc. I learned the Mandarin word for "entropy" but then promptly forgot it :-(

I guess I have an inkling as to how hard it is for a graduate student from China to adapt to physics in the West.

One of the former PhD students from this institute (now a postdoc at McGill) told me that in the better physics departments in China about 1/3 of the graduates get jobs in industry, 1/3 stay here to do PhDs, and about 1/3 go abroad, usually to US graduate programs (roughly 7 of the top 10 in his class went to the US; this would have been 5+ years ago).

Sorry for the lame photos -- you can tell I haven't strayed very far from my hotel and the physics institute. I notice the light is very beautiful in Beijing this time of year, at least when it's windy and the smog is dispersed. However, that wind makes it wickedly cold at night. 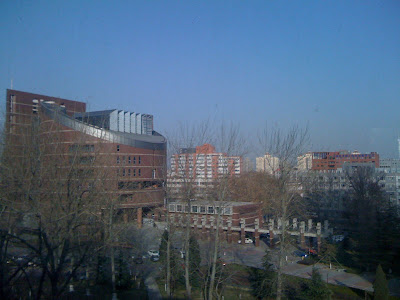 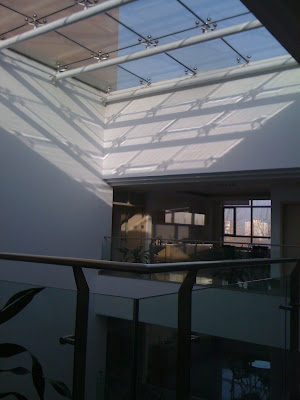 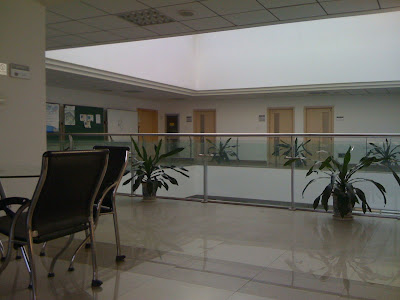 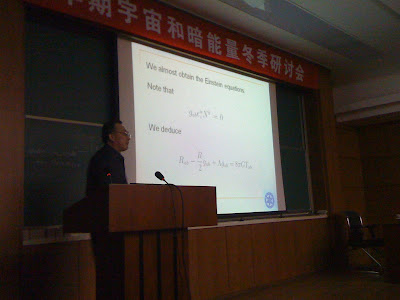 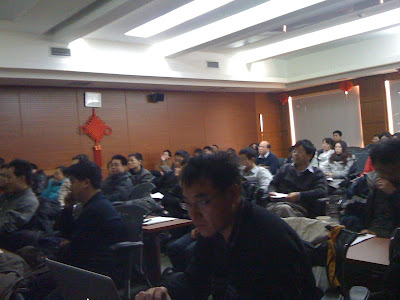