The cost of gold 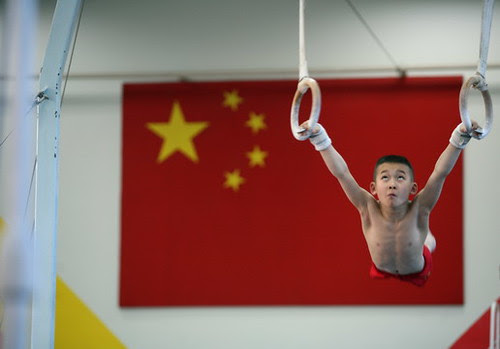 What did all those medals cost China? Billions of dollars and the effort and sacrifice of countless young athletes, most of whom came nowhere near the Olympics, let alone a medal. There are an estimated 400k kids in specialized sports schools in China.

WSJ: ...In the eight years to 2006, the latest set of full-year figures available, China's spending on sports increased 149% to 9.2 billion yuan ($1.35 billion at today's exchange rates), compared with a 36% increase to 7.1 billion yuan in natural-disaster relief. Adding to the budgetary pressure is the need to rebuild after this year's Sichuan earthquake, which will be financed by a 5% reduction in all other government spending. On top of all that, China's Olympic building spree has left the government with 31 new and refurbished stadiums that it now must maintain.

...Because of China's population-control policies that allow most families only one child, they are increasingly reluctant to turn over their offspring to the state sports academies. Much of China's athletic success has been built on vast numbers of athletes from peasant stock who were willing to chi ku -- to "eat bitterness" -- to grind through the state sports system and have a shot at success.

Despite such heavy spending, China didn't make up very much ground in track and field. Liu Xiang's 110m hurdles gold in Athens was described as "the heaviest" and "the one with the most gold content" of all of China's medals. (Note, cf. Phelps, that they didn't say this about a swimming medal. They have a pretty realistic idea of which sports are the most competitive :-) Liu's failure to compete in Beijing due to injury may have been the single biggest Olympics story in the Chinese media.

On the other hand, Jamaica (population less than 3 million) had a great Olympics on the track: three golds and three world records for superman Bolt, and a medal sweep of the women's 100m.
Posted by Steve Hsu at 3:31 PM

>>Despite such heavy spending, China didn't make up very much ground in track and field.<<

Actually, they did. They had an almost phenomenal showing at the 2006 world junior championships in track and field (winning the total medal count). Their improvement was astonishing over the previous world junior (which they didn't do very well).

China did well in almost every area including the sprints, the jumping events and the throwing events as well as the traditional track events they have had some success in such as the long distance women's running.

The World Junior champs are a great predictor of future world and Olympic champs.

The reason why China has not had as much improvement in T&F at this Olympics is because their investment and focus in it has only very recently increased whereas they have a history and tradition of development in the other sports.

I think Liu is the tip of the iceberg. There will be a flood of Chinese T&F talent in the upcoming years. :)

Thanks for that link. They did win a lot of medals at the junior worlds, but if you click through you can see that they are in what I might call the "medium-heavy" category -- race walking, field events, high/long jump, distances. When will we see some medals in the sprints? :-)

Steve, I think your expectation is a bit unrealistic given the sprint talents have more to do with nature talent and, simply, race. Historically, Americans dominant in short sprint are mostly blacks. Jamaicans are no exceptions. The same thing is true for long distance. I don't think you can train yellow people to compete with world-class runners(again mostly blacks), no matter how many people you have (1.3 billion whatever). I always think that using 1.3B number to make an argument is a bit silly. Blacks simply have more nature talent when it comes to running, short or long distance. It may be politically incorrect but it is the truth.

This is why Liu's talent is so rare among Chinese or yellow for that matter. How often have you heard of world-class Japanese or Koreans sprinters? Now I also would argue that Liu's achievement doesn't totally rely on his raw running talent. In fact, his hurdle technique makes him more of world champ than his raw running ability. That's why he may be a first rated 110m hurdler but not a first rated 100m runner.

I don't have any expectations when it comes to the sprints. The fact that a huge country like China is pouring billions in a well-organized effort to produce sprint champions without success is probably the strongest argument yet that nature might matter much, much more than nurture. I would love it if they could produce some winners in the 100-200-400 events, but I'm not holding my breath.

Actually, if you follow it carefully the Japanese have done pretty well in the sprints -- they have had a 10.00 runner and occasionally have competitors in the semis. They took the bronze in the 4x100 this time.

Liu's pr in the 100m is 10.4 which is quite a bit slower than some of the other top hurdlers, so you are right his success depends a lot on technique.

Steve, I know Japan took the men's 4X100m bronze but that's when the U.S.A team dropped the baton. I watched the heat the U.S team was in and there were shocking 4 teams disqualified in the same heat! Did you notice that the Chinese men's team made into the final? The reason Chinese team was in final was because many good teams dropped out due to errors. The Japanese won't medal if other teams perform well. So I won't think they are world-class sprinters.