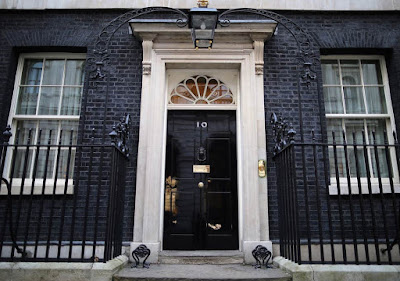 Dom has seized the controls, but now has to operate the giant robot.

This is a unique situation: someone who understands the power of modern technology, scientific decision-making, high cognitive ability, and high functioning organizations, has significant influence in the government of one of the great nations of the world.

Please consider applying for one of these positions. Dom is a special leader -- open to new ideas and to maverick personalities, loyal to his team, and a genuinely humble and good person.

This could be a once in a lifetime opportunity to make a positive impact in the world.

High skill immigration is one of the priorities for the new UK government. You do not need to be a UK citizen or permanent resident to be considered for these positions.

There are many brilliant people in the civil service and politics. Over the past five months the No10 political team has been lucky to work with some fantastic officials. But there are also some profound problems at the core of how the British state makes decisions. This was seen by pundit-world as a very eccentric view in 2014. It is no longer seen as eccentric. ...

Now there is a confluence of: a) Brexit requires many large changes in policy and in the structure of decision-making, b) some people in government are prepared to take risks to change things a lot, and c) a new government with a significant majority and little need to worry about short-term unpopularity while trying to make rapid progress with long-term problems.

There is a huge amount of low hanging fruit — trillion dollar bills lying on the street — in the intersection of:


the selection, education and training of people for high performance,

the frontiers of the science of prediction data science,

AI and cognitive technologies (e.g Seeing Rooms, `authoring tools designed for arguing from evidence’, Tetlock/IARPA prediction tournaments that could easily be extended to consider ‘clusters’ of issues around themes like Brexit to improve policy and project management)

decision-making institutions at the apex of government.

We want to hire an unusual set of people with different skills and backgrounds to work in Downing Street with the best officials, some as spads and perhaps some as officials. If you are already an official and you read this blog and think you fit one of these categories, get in touch.

The categories are roughly:

See also Now it can be told: Dominic Cummings and the Conservative victory 2019.

Note Added: Some of the media takes on Dom's job ad are extremely uncharitable. They (and the people they quote) assume Dom is entirely naive about when mathematical and computational methods might be useful, and when they might not. I suggest these people study his other writing carefully. For example:


More important than technology is the mindset – the hard discipline of obeying Richard Feynman’s advice: ‘The most important thing is not to fool yourself and you are the easiest person to fool.’ They [quant types] were a hard floor on ‘fooling yourself’ and I empowered them to challenge everybody including me. They [quant types] saved me from many bad decisions even though they had zero experience in politics and they forced me to change how I made important decisions like what got what money. We either operated scientifically or knew we were not, which is itself very useful knowledge.

Does this sound like a person who does not understand both the strengths and limitations of data science, statistics, careful epistemology, etc. in modern politics? Underestimate him at your peril...