Epstein and the Big Lie 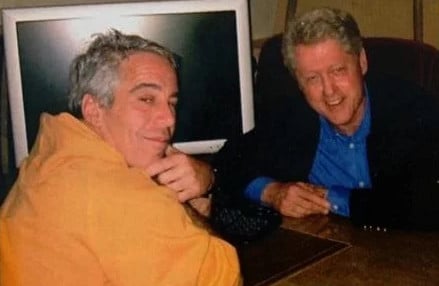 The biggest Epstein conspiracy mystery is not how he died. The more important mystery is how he managed to operate out in the open for 15-20 years. Rumors concerning Epstein and leading figures like Bill Clinton have been around for at least that long. I have been following his activities, at least casually, for well over a decade.

In the 1990s I was a Bill Clinton supporter. I voted for him twice and supported his efforts to move the democratic party in a centrist, pro-business direction. But my brother is a Republican. He fed me a steady stream of anti-Clinton information that I (at the time) dismissed as crazy right-wing conspiracy theories. However, with the advent of the internet in the mid 90s it became easier to obtain information that was not filtered by corrupt mainstream media outlets. I gradually realized that at least some of my brother's claims were correct. For example, Clinton's first presidential bid was almost derailed by charges of adultery by women like Gennifer Flowers. Supporters like myself dismissed these charges as a right-wing smear. However, years later, Clinton admitted under oath that he had indeed had sex with Flowers.

My first exposure to Hillary Clinton was her appearance on 60 Minutes after the SuperBowl in 1992. This was widely regarded to be the emotive performance ("stand by your man") that saved Bill Clinton's presidential candidacy. Hillary affects a fake southern accent and (I believe) lies boldly and convincingly about Flowers to an estimated 50 million Americans. Quite a display of talent.

A side-effect of my history as a Clinton supporter (and gradual enlightenment thanks to my brother!) is that I became quite interested in the tendency of the media to hide obvious truths from the general public. We Americans accept that foreign governments (e.g., the Soviets and "ChiComs") successfully brainwash their people to believe all sorts of crazy and false things. But we can't accept that the same might be true here. (The big difference is that people in the PRC and former Soviet states  -- especially intellectuals -- know propaganda when they see it, whereas most Americans do not...)

It was natural for me to become aware of Epstein once he was linked to Bill Clinton at the very birth of the Clinton Foundation. It was easy to uncover very disturbing aspects of the Epstein story -- including details of his private island, traffic in young women, connections to the rich, the powerful, and even to leading scientists, academics (many of whom I know), and Harvard University. Almost anyone with access to the internet (let alone an actual journalist) could have discovered these things at any point in the last decade.

But just 6 months ago I could mention Epstein to highly educated "politically aware" acquaintances with absolutely no recognition on their part.

Some obvious, and still unanswered, questions:

Former Federal prosecutor and Labor Secretary R. Alexander Acosta said he was told to lay off Epstein, as he "belongs to intelligence" -- why no media followup on this? (Still don't believe in a Deep State?)

Clinton said he only flew on Epstein's plane 4 times (but 26 is also commonly reported) and never visited the island (despite many eyewitness claims to the contrary). No investigative reporting on this by mainstream media?

Epstein's partner Ghislaine Maxwell is the daughter of Robert Maxwell, a billionaire with possible Mossad connections. What were Epstein's links to Israeli intelligence and national interests? (Robert Maxwell's death is at least as mysterious as Epstein's ...)

Why did it take the FBI so long to get to Epstein's island? What have they found in Epstein's house and on his island? How much blackmail material is there and who is implicated?

Were it not for the possibility that the Epstein scandal might be damaging to Trump, would there be anything close to this level of mainstream media interest?

Why was there almost zero MSM interest in Epstein in the previous 15-20 years?

Someone was protecting Epstein (someone with influence on the DOJ, FBI, perhaps US intelligence) long before Donald Trump had political power of any kind. Why?