The paper below has something like 200 authors from over 100 institutions worldwide.

Many people claimed just a few years ago (or more recently!) that results like this were impossible. Will they admit their mistake?

In Scientific Consensus on Cognitive Ability? I described the current consensus among experts as follows.

See figures below for a summary of progress over the last six years. Note 4% of total variance = 1/25 and sqrt(1/25) = 1/5, so a predictor built from these variants would correlate ~0.2 with actual cognitive ability. There is still much more variance to be discovered with larger samples, of course. 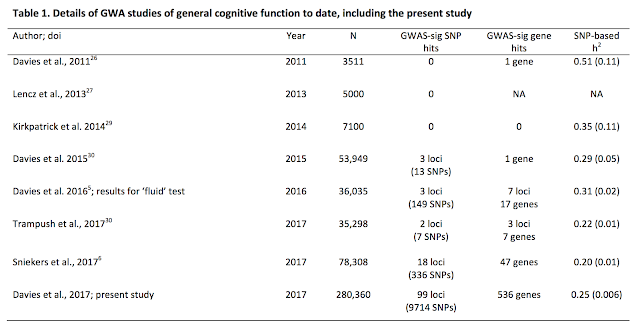