The Rise and Fall of the Meritocracy (BBC podcast)

British socialist Michael Young coined the term meritocracy in his 1958 dystopian satire The Rise of the Meritocracy. He realized even then that a system which rewarded individuals fairly, based on ability and effort, would likely lead to genetic class stratification, due to the heritability of traits. His son Toby, a journalist for the Spectator, explores this topic in an excellent BBC podcast, featuring researchers such as Robert Plomin and me.

In the future, will we redistribute genetic wealth as well as material wealth? 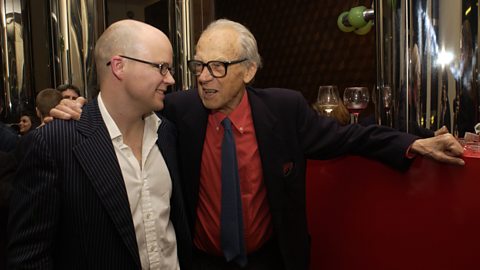 The Rise of the Meritocracy is a dystopian satire written almost sixty years ago by pioneering sociologist Michael Young. It imagined a modern society uncannily like our own and coined the term meritocracy.

Michael Young's son Toby, a journalist for the Spectator, has been asking if his asks if his father's dark prophesy is correct. Here are Toby Young's six problems with a meritocracy.

1. Where meritocracy came from

The word ‘meritocracy’ was coined by my father, a left-wing sociologist called Michael Young, to describe a dystopian society of the future. In his 1958 book The Rise of the Meritocracy, he imagines a 21st Century Britain in which status is determined by a combination of IQ and effort. He acknowledged that this was fairer than an aristocratic society in which status is simply passed on from parents to their children, but it was precisely because meritocracy gave a patina of legitimacy to the inequalities thrown up by free market capitalism that he disapproved of it.

2. Is a meritocratic society fairer?

The political philosopher John Rawls pointed out that a meritocratic society isn’t necessarily fairer than an aristocratic one. After all, the qualities that meritocracy rewards – exceptional intelligence and drive – are, for the most part, natural gifts that people are born with. Since successful people have done nothing to deserve those talents, they don’t deserve the rewards they bring any more than they deserve to inherit a fortune.

For a society to be 100% meritocratic, you need complete equality of opportunity. But the only way to guarantee that is to remove children from their parents at birth and raise them in identical circumstances. If you don’t do that, the socio-economic status of a child’s parents will inevitably affect that child’s life chances.

According to the political scientist Charles Murray, meritocracy inevitably leads to a genetically-based caste system. Why? Because the traits selected for by the meritocratic sorting principle are genetically-based and, as such, likely to be passed on from parents to their children. Genetic variation means some highly able children will be born to people of average and below average intelligence, but the children of the meritocratic elite will, in aggregate, always have a competitive advantage and over several generations that leads to social ossification.

One of the things my father disliked about meritocracy was that it engendered a sense of entitlement amongst the most successful. Because they regard their elevated status as thoroughly deserved, they’re not burdened by a sense of noblesse oblige. At least in an aristocratic society, members of the lucky sperm club are afflicted by guilt and self-doubt and, as such, tend to be a bit nicer to those below them.

6. Is America the most meritocratic country?

Americans like to tell themselves that they live in the most meritocratic country in the world but, in fact, it may be one of the least. In most international league tables of inter-generational social mobility, which measure the chances a child born into one class has of moving into another over the course of their lifetime, America is at the bottom.

[ Of course, lack of mobility could also result in a society that is both meritocratic and already somewhat stratified by genetics. See Income, Wealth, and IQ and US economic mobility data. ]

I wonder whether even Michael Young was aware that the British implementation of meritocracy through competitive civil service and university entrance examinations (a century before his book The Rise of the Meritocracy) was a deliberate adoption of Chinese ways.


Les Grandes Ecoles Chinoises: ... the British and French based their civil service and educational examination systems on the much older Chinese model ...

Summary of the case of Britain and colonial India can be found here. Amusingly, 19th century British writers opposed to the new system of exams referred to it as "... an adopted Chinese culture" (p. 304-305).