A quiet revolution has begun. We now know enough about the genetic architecture of human intelligence to make predictions based on DNA alone. While it is a well-established scientific fact that variations in human cognitive ability are influenced by genes, many have doubted whether scientists would someday decipher the genetic code sufficiently to be able to identify individuals with above or below average intelligence using only their genotypes. That day is nearly upon us.

The figures below are taken from a recently published paper (see bottom), which examined genomic prediction on a longitudinal cohort of ~1000 individuals of European ancestry, followed from childhood into adulthood. (The study, based in Dunedin, New Zealand, extends over 40 years.) The genomic predictor (or polygenic score) was constructed using SSGAC GWAS analysis of a sample of more than one hundred thousand individuals. (Already, significantly more powerful predictors are available, based on much larger sample size.) In machine learning terminology, the training set includes over a hundred thousand individuals, and the validation set roughly one thousand. 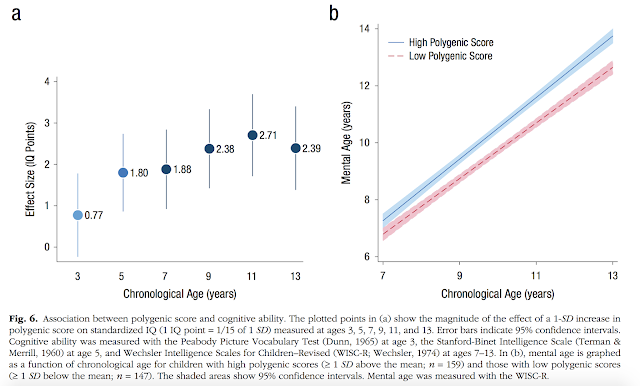 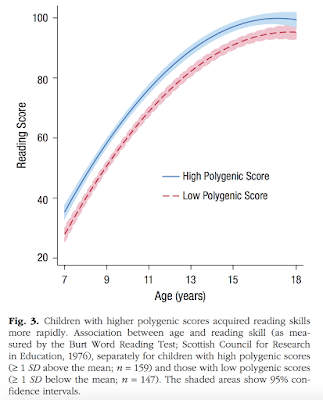 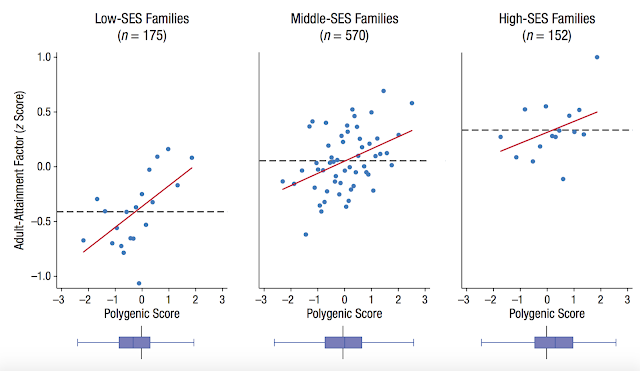 From an earlier post, Genomic Prediction of Adult Life Outcomes:


Genomic prediction of adult life outcomes using SNP genotypes is very close to a reality. This was discussed in an earlier post The Tipping Point. The previous post, Prenatal and pre-implantation genetic diagnosis (Nature Reviews Genetics), describes how genotyping informs the Embryo Selection Problem which arises in In Vitro Fertilization (IVF).

A genetic test revealing that a specific embryo is, say, a -2 or -3 SD outlier on the polygenic score would probably give many parents pause, in light of the results in the figure above. The accuracy of this kind of predictor will grow with GWAS sample size in coming years.


The Genetics of Success: How Single-Nucleotide Polymorphisms Associated With Educational Attainment Relate to Life-Course Development