The death of Fermi 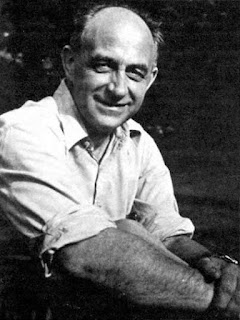 
His illness progressed rapidly. I went to Chicago to visit him. In the hospital I found him sitting up in bed with tubes in the veins of his arms. But he could talk. Seeing me, he smiled as I came in and said: "Stan, things are coming to an end." It is impossible for me to describe how shattering it was to hear this sentence. I tried to keep composed, made a feeble attempt at a joke, then for about an hour we talked about many subjects, and all along he spoke with serenity, and under the circumstances really a superhuman calm.

He mentioned that Teller had visited him the previous day, and joked that he had "tried to save his soul." Normally it is the priest who wants to save the soul of the dying man; Fermi put it the other way round, alluding to the public hullabaloo about Teller and the H-bomb. Perhaps their conversation had an effect, for shortly after Fermi died Teller published an article entitled "The Work of Many People," toning down the assertions of Shepley and Blair. During my visit to Fermi Laura dropped in and I was amazed at the ordinary nature of their conversation about some household appliance.

We talked on and I remember his saying that he believed he had already done about two-thirds of his life's work, no matter how long he might have lived. He added that he regretted a little not having become more involved in public affairs. It was very strange to hear him evaluating his own activity—from the outside, as it were. Again I felt that he achieved this super-objectivity through sheer will power. ...

... Then half seriously I raised the question whether in a thousand years so much progress will be made that it may be possible to reconstruct people who had lived earlier by tracing the genes of the descendants, collecting all the characteristics that make tip a person and reconstructing them physically. Fermi agreed, but he added: "How about the memory? How will they put back in the brain all the memories which are the makeup of any given individual?" This discussion now seems rather unreal and even weird, and it was partly my fault to have put us on such a subject, but at the time it came quite naturally from his super-detachment about himself and death.

I paid him one more visit, this time with Metropolis; when we came out of his room I was moved to tears. Only Plato's account of the death of Socrates could apply to the scene, and paraphrasing some of the words of Krito I told Nick, "That now was the death of one of the wisest men known." 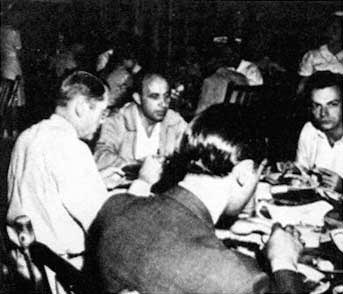 Lunch with Fermi at Los Alamos. Feynman is looking at the camera. 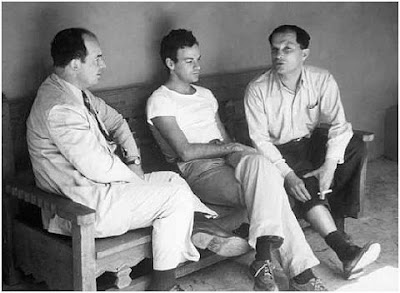 Ulam with Feynman and Von Neumann.


From Fermi Remembered. The insightful biographical sketch at the beginning of the book, by Emelio Segre, includes details of Fermi's early (self) education and entry into Scuola Normale Superiore.

Murray Gell-Mann: When Fermi lay dying in Billings Hospital, I realized how much I cared for this brilliant, funny, difficult man. I was on leave in the East, and I invited Frank (C.N.) Yang to come with me to Chicago to see him. When we got to the bedside, Enrico kept telling us not to be downcast. "It is not so bad," he said. He told of a Catholic priest who had visited him and whom he had had to comfort. And Frank reminded me a few years ago of what Enrico said when we left, never to see him again. "Now, it is up to you."