The economic roots of populism in developed countries

The figures below come from economist Branko Milanovic. He is the author of Global Inequality: A New Approach for the Age of Globalization.


One of the world’s leading economists of inequality, Branko Milanovic presents a bold new account of the dynamics that drive inequality on a global scale. Drawing on vast data sets and cutting-edge research, he explains the benign and malign forces that make inequality rise and fall within and among nations. He also reveals who has been helped the most by globalization, who has been held back, and what policies might tilt the balance toward economic justice.

Global Inequality takes us back hundreds of years, and as far around the world as data allow, to show that inequality moves in cycles, fueled by war and disease, technological disruption, access to education, and redistribution. The recent surge of inequality in the West has been driven by the revolution in technology, just as the Industrial Revolution drove inequality 150 years ago. But even as inequality has soared within nations, it has fallen dramatically among nations, as middle-class incomes in China and India have drawn closer to the stagnating incomes of the middle classes in the developed world. A more open migration policy would reduce global inequality even further.

See also this interview and his blog. 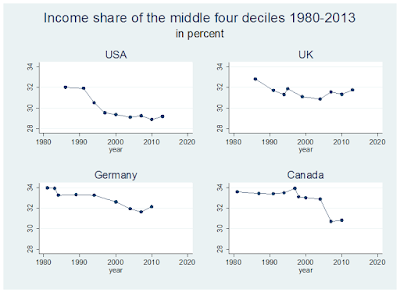 In the US, income growth became heavily concentrated among the highest earners. 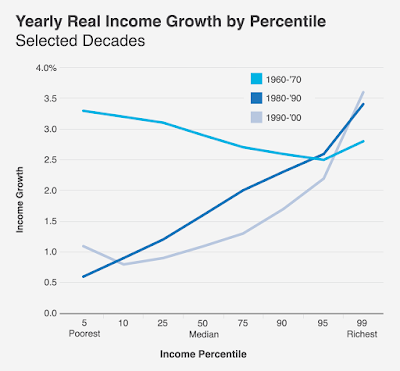 Global inequality declined significantly (largely due to China), even while within-country inequality increased (figures above). 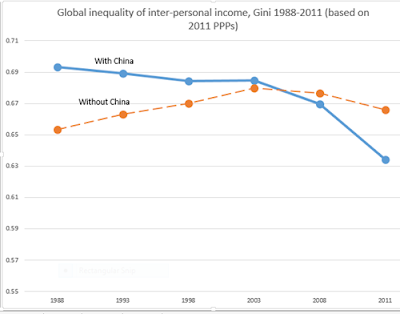