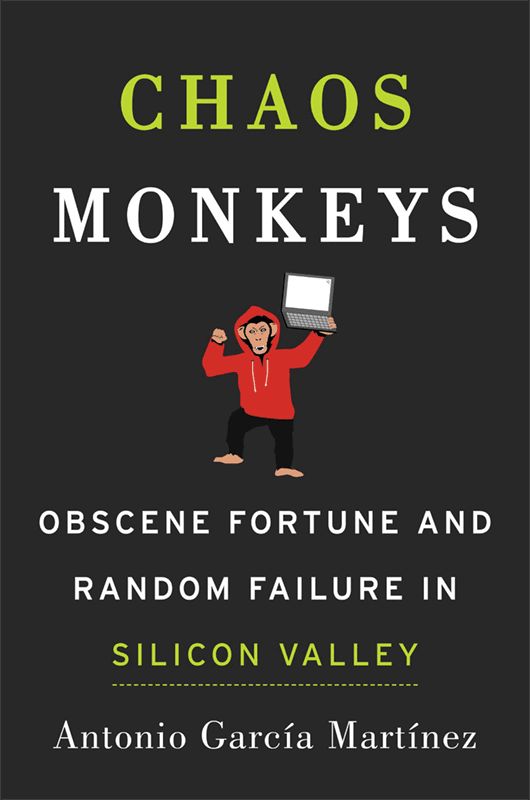 Highly recommended! I blogged about this guy 5 years ago here: From physics to Goldman to Y Combinator. The book is hilarious and pretty accurate, AFAICT. I don't know much about Facebook corporate culture or that particular era of ad monetization, but the finance and startup stuff all rings true.

I was a Berkeley PhD student in physics when the first dot-com bubble grew to bursting and popped around 2001. Between the month-long backpacking trips and the telenovela-esque romances, I switched thesis topic three times, and felt my twenty-something vitality slipping away in academic wankery. Inspired by Michael Lewis’ Liar’s Poker and the prior example of many a failed physicist, I looked for a Wall Street gig as a way out. Very improbably, I landed a job on the trading desk of Goldman Sachs, earning twice what my tenured professor made, pricing and modeling credit derivatives at ground-zero of the credit bubble. I may have owned one pair of lace-up shoes at the time, but I got used to speaking in quantities of hundreds of millions of dollars, and thinking a million was a ‘buck’, i.e., a rounding error for most purposes. I was very far away indeed from Berkeley.

Two weeks later, I started as employee number seventy-something at a venture-backed advertising startup so incompetent and vile I’ll save the historical distaste for later. Bookended as it was by experiences at Facebook and Goldman, my time there was instructive in its awfulness and how not to run a company. But there was one piece of upside: I learned how online advertising worked, specifically its ad exchange variants. As a ‘research scientist’ I tortured every piece of data until it confessed, and used it to predict user behavior, value of media purchased, and optimal bids in the largest ad auctions in the world. Dull stuff you might say, but it’s what pays for the Internet, and it would set me light-years ahead of anyone inside Facebook Ads, when the time came.

But we’re jumping ahead.

Along with the two best engineers at Shitty Unnamed Company, I applied and was accepted to Y Combinator, the Valley’s leading startup incubator. We pitched some wild, ridiculous idea around local businesses that was doomed from the start, which eventually morphed into a novel tool for managing Google search campaigns for small businesses. The tool was beautiful, innovative, and didn’t make us a dime. More bad news: We got vindictively and frivolously sued by Shitty Company and fought an existential legal battle we narrowly won by being lying, ruthless little shits. We couldn’t raise money. We had co- founder and morale issues. Every ill that plagues early-stage startups visited us in turn, like some admonitory biblical tale about what happens if you fuck with the Israelites. ...

... Every startup entrepreneur faces the immense disadvantage of playing a crooked, complex game for the first time, against a world composed mostly of masters. Arrayed against you is an army of wily, self-interested venture capitalists who know term sheets better than their wife’s ass. Or seductive sales execs who could make pedophilia and genocide enforceable via a legal contract. Or petulant co-founders with hidden agendas and momentarily suppressed grievances. Or ungrateful employees who are exploiting your startup until they can start their own. Or thick-headed journalists with urgent deadlines who just want you for a misleading quote. You get trounced again and again, and the only hope is that you learn something of the game before expiring. This is your principal challenge as a first-time entrepreneur: to learn the game faster than you burn cash and relationships.