The Butlerian Jihad and Darwin among the Machines 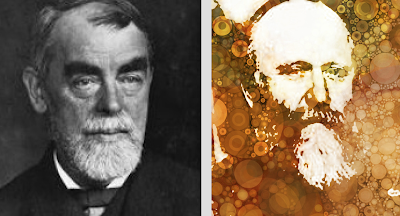 And when that which was foretold shall come to pass, for behold it is coming, then shall they know that a prophet hath been among them. -- Ezekiel 33:33


Butlerian Jihad (Wikipedia): The Butlerian Jihad is an event in the back-story of Frank Herbert's fictional Dune universe. Occurring over 10,000 years before the events chronicled in his 1965 novel Dune, this jihad leads to the outlawing of certain technologies, primarily "thinking machines," a collective term for computers and artificial intelligence of any kind. This prohibition is a key influence on the nature of Herbert's fictional setting.


... "The target of the Jihad was a machine-attitude as much as the machines," Leto said. "Humans had set those machines to usurp our sense of beauty, our necessary selfdom out of which we make living judgments. Naturally, the machines were destroyed."

... The chief commandment from the Orange Catholic Bible, "Thou shalt not make a machine in the likeness of a human mind", holds sway, as do the anti-artificial intelligence laws in which the penalty for owning an AI device or developing technology resembling the human mind is immediate death. This leads to the rise of a new feudalistic galactic empire which lasts for over ten thousand years. ...

To replace the analytical powers of computers without violating the commandment of the O.C. Bible, "human computers" known as Mentats are developed and perfected, their mental abilities ultimately honed to the point where they become superior to those of the ancient thinking machines. Similarly specialized groups of humans which arise after the Jihad include the Bene Gesserit, a matriarchal order with advanced mental and physical abilities, and the Spacing Guild, whose prescience makes safe, instantaneous space travel possible.

19th-century author Samuel Butler introduced the idea of evolved machines supplanting mankind as the dominant species in his 1863 article "Darwin among the Machines" and later works. Butler goes on to suggest that all machines be immediately destroyed to avoid this outcome.


Darwin among the Machines (Wikipedia): ... article published in The Press newspaper on 13 June 1863 in Christchurch, New Zealand. Written by Samuel Butler but signed Cellarius (q.v.), the article raised the possibility that machines were a kind of "mechanical life" undergoing constant evolution, and that eventually machines might supplant humans as the dominant species:


We refer to the question: What sort of creature man’s next successor in the supremacy of the earth is likely to be. We have often heard this debated; but it appears to us that we are ourselves creating our own successors; we are daily adding to the beauty and delicacy of their physical organisation; we are daily giving them greater power and supplying by all sorts of ingenious contrivances that self-regulating, self-acting power which will be to them what intellect has been to the human race. In the course of ages we shall find ourselves the inferior race. ...

Day by day, however, the machines are gaining ground upon us; day by day we are becoming more subservient to them; more men are daily bound down as slaves to tend them, more men are daily devoting the energies of their whole lives to the development of mechanical life. The upshot is simply a question of time, but that the time will come when the machines will hold the real supremacy over the world and its inhabitants is what no person of a truly philosophic mind can for a moment question.

The article ends by urging that, "War to the death should be instantly proclaimed against them. Every machine of every sort should be destroyed by the well-wisher of his species. Let there be no exceptions made, no quarter shown; let us at once go back to the primeval condition of the race."