This paper describes a method for estimating heritability of a complex trait due to a single locus (DNA region), which the authors refer to as local heritability. It does not make the GCTA assumption of random effects. Instead, it uses GWAS estimates of individual effect sizes and the population LD matrix (covariance matrix of loci). Common SNPs in aggregate are found to account for significant heritability for various complex traits, including height, edu years (proxy for cognitive ability), schizophrenia risk (SCZ), etc. (See table below.)

Note, I could not find a link to the Supplement, which apparently contains some interesting results.

See also GCTA missing heritability and all that.

Variance components methods that estimate the aggregate contribution of large sets of variants to the heritability of complex traits have yielded important insights into the disease architecture of common diseases. Here, we introduce new methods that estimate the total variance in trait explained by a single locus in the genome (local heritability) from summary GWAS data while accounting for linkage disequilibrium (LD) among variants. We apply our new estimator to ultra large-scale GWAS summary data of 30 common traits and diseases to gain insights into their local genetic architecture. First, we find that common SNPs have a high contribution to the heritability of all studied traits. Second, we identify traits for which the majority of the SNP heritability can be confined to a small percentage of the genome. Third, we identify GWAS risk loci where the entire locus explains significantly more variance in the trait than the GWAS reported variants. Finally, we identify 55 loci that explain a large proportion of heritability across multiple traits. 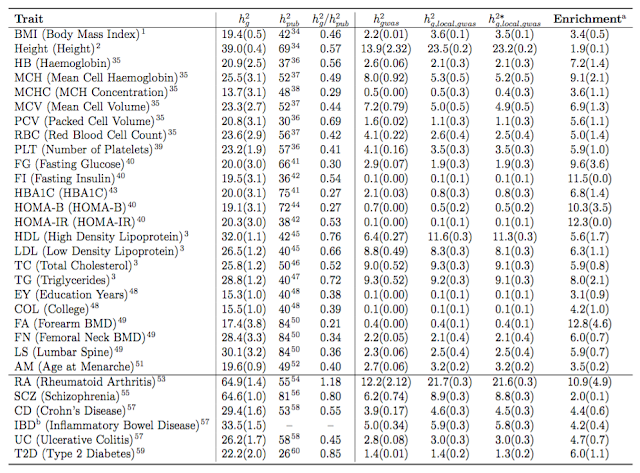 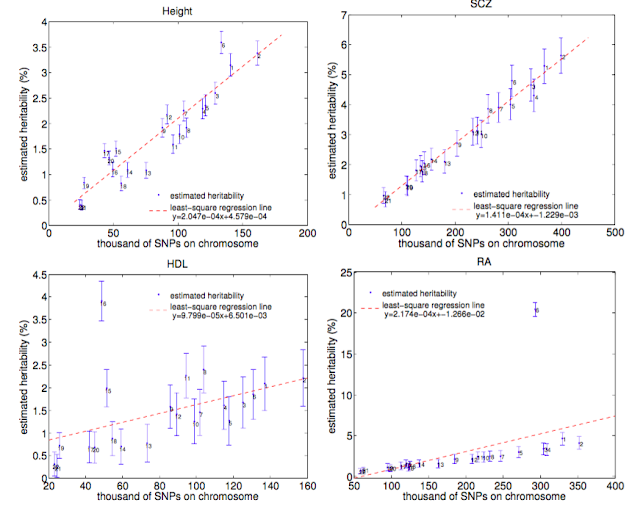