The petitions are in! Thanks to everyone who worked so hard to collect ~300 signatures in just the past two weeks. It appears we'll be on the Overseer ballots sent to 300k Harvard degree holders.

We are NOT conservative extremists: I voted twice for Obama, as did others on our slate.

We are NOT running against Affirmative Action. I support moderate admissions preferences, and I support diversity on campus. However, I am against preferences which are so large that they make it unlikely that the recipient of the preference can succeed in challenging courses at the university. Any admissions system has to be studied carefully to understand its consequences, and Harvard's is no exception.

Barack Obama (1991 Harvard Overseer petition candidate): He [Steve] looks like someone who can do great things! 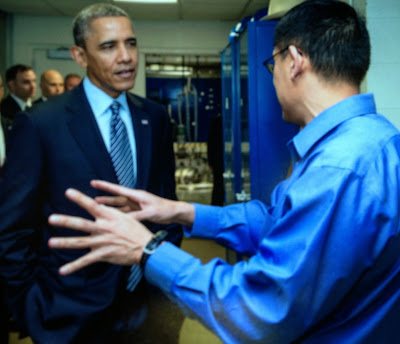