US basic research and universities 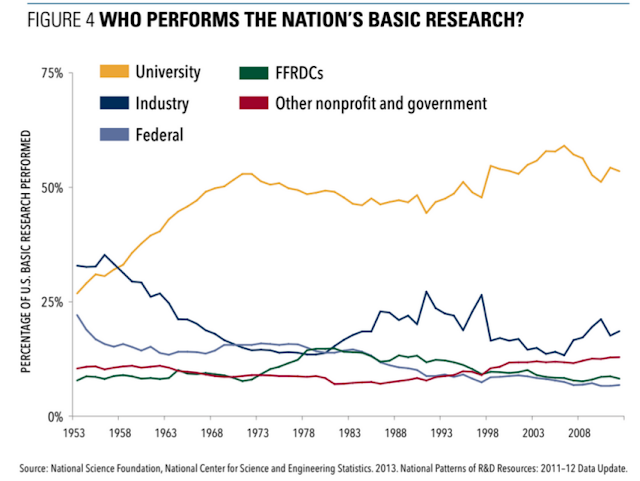 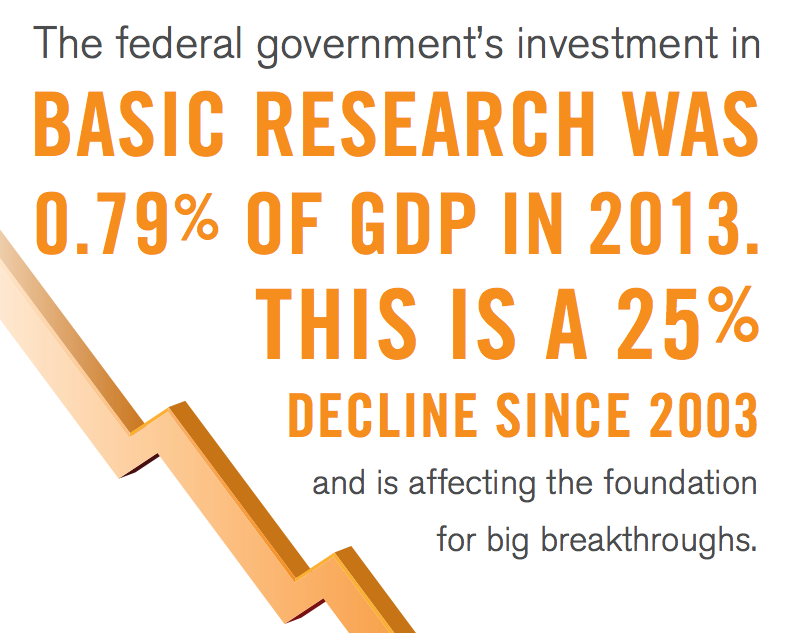 The continual expansion of the welfare state takes money away from all other activities, including defense, infrastructure and, of course, research. In a democracy, this is inevitable, and it will continue.


Universities need to adjust their thinking to the new realities. Reductions in research dollars mean fewer graduate students and fewer graduate programs. It also means that promotion and tenure will have to depend less on research productivity and more on teaching and service. There is the addtional problem of declining numbers of 18 year-olds, especially those with academic talent, which is vested largely in the white population. The number of undergraduate students will decline (maybe is), so fewer teachers will be needed, too.


The US is heavily over-invested in colleges and universities, and it produces far more MA/MS and PhD degrees than the economy can absorb. The over-production is especially severe in STEM. Many colleges and universities will either have to close outright; the lower quality ones should be deacredited and forcibly closed. The others, including some good schools, will have to down size.

So many assumptions, so little time

What a terrible trend. Companies these days don't have a lot of incentives to do the real research - they are much better off skimming the best from academic works and just tailoring it to their needs. But the research done in universities is incredibly, unbelievably inefficient. The amount of waste that's going on is mind-boggling. The society as a whole would be much better off if basic research were done primarily by entities that cannot afford pouring money down the drain.

No. More STEM, the better. Check your facts you uninformed kid.

This is really depressing. I got my doctorate two years ago (from Mr. Hsu's current institution) and would much rather prefer to work in research for a federal agency than at a university, but it looks like those jobs are getting harder and harder to come by.