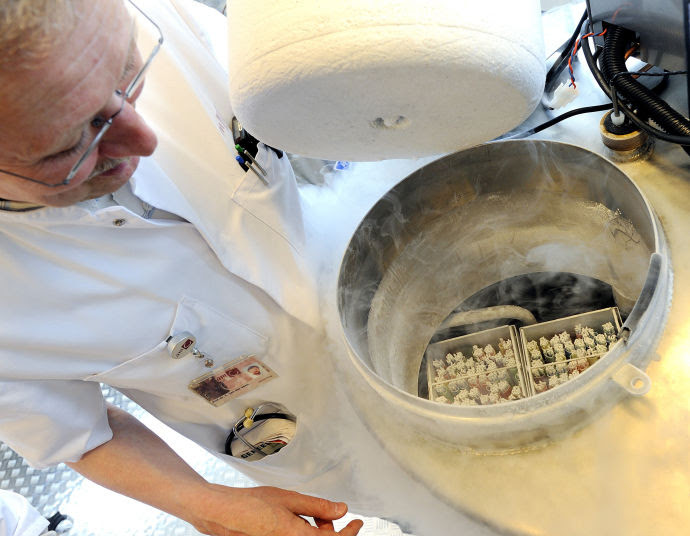 
New Yorker: ... Earlier this year, Facebook began offering twenty thousand dollars’ worth of oöcyte cryopreservation to female employees as part of its health-insurance plan. Next year, Apple will offer its employees a comparable package. (A single cycle of egg extraction can cost between ten and fifteen thousand dollars, and more than one cycle is advised for many women; cold storage is about five hundred dollars a year.)

... likely, it will appeal to women who are experiencing no immediate threat to their fertility—no threat, that is, beyond their participation in a competitive workplace in which the bearing and rearing of children is perceived as an aberrant inconvenience. To such women, egg freezing might seem to offer liberation from those wearying dictates of biology by which their older sisters, no matter how successful their careers, were bound. Better an iBaby than no baby at all.

Deferring childbearing from one’s twenties or early thirties until one’s later thirties or forties certainly has its appeal for the woman with ambitions beyond motherhood. Lots of women have chanced it, even before egg freezing came along and supplied a possible, if not entirely reliable, form of counter-infertility insurance. Still, even with this tantalizing suggestion of reproductive liberty, it’s hard to figure out exactly how long to postpone. A woman might skip having children in her twenties or thirties in order to focus on her career, only to discover by her forties that its demands—not to mention the encroachment of middle age—make motherhood even less manageable than it appeared at twenty-five or thirty.

Bonus: The price of eggs. 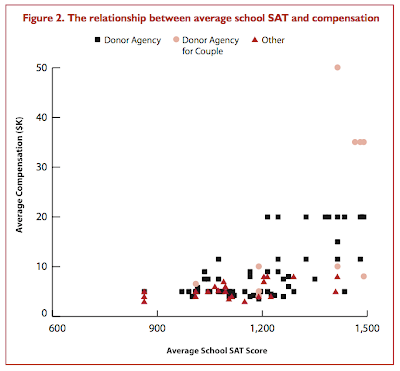 Funny to follow the public discussion about this move. Out of one side of they're mouths, it's "Well it's about time!" but the next moment it's "Hold on, they're offering this to women so they can further exploit them, work them harder, postpone motherhood." It kind of sums of the Left these days. Whatever the thesis, the verdict is the same - The Man Is (Still) Keeping Us Down.

It's interesting that somehow the discussion around the market forces that get unleashed via egg freezing doesn't get much attention. Presumably, the woman who freezes her eggs takes some pressure off when finding a mate. The problem is, that's what the rest of her cohort are banking on as well, and there's a steady supply of competition coming up through the ranks. She may have better reproductive choices in the sense that she can avail herself of a well-screened sperm bank. But in terms of finding a partner, when you game this out, I don't see how she could be improving her odds.