This poignant video incorporates footage from the Bruce Weber documentary Let's Get Lost. Weber contrasted the age and drug ravaged Chet Baker of 1987 with the young, beautiful cult figure of the 1950s. The Santa Monica scenes have a suffused warm light that makes me yearn for Southern California.

Wikipedia: ... Entertainment Weekly ... said that Weber "created just about the only documentary that works like a novel, inviting you to read between the lines of Baker's personality until you touch the secret sadness at the heart of his beauty". ... Terrence Rafferty, in his review for the New York Times, wrote, "The enduring fascination of Let’s Get Lost, the reason it remains powerful even now, when every value it represents is gone, is that it’s among the few movies that deal with the mysterious, complicated emotional transactions involved in the creation of pop culture — and with the ambiguous process by which performers generate desire".

Although Let's Get Lost is out of print, you can find it in segments on YouTube. I'll never forget watching it with my girlfriend (also a jazz fan) in New Haven, back in the 1990s. 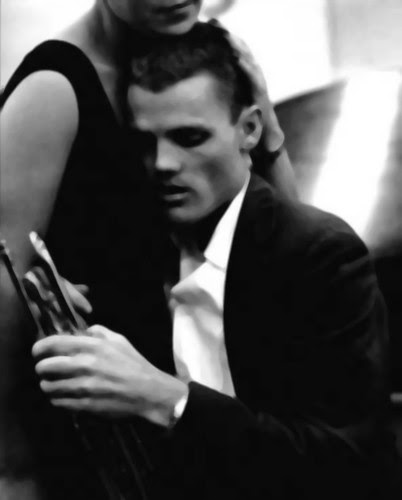 Since you're offering offbeat links lately, check out this fascinating documentary on what's happening (and happened) in Liberia:

I think all the episodes are on youtube as well.

Fairly gruesome, always sad, sometimes hilarious, I can't believe these filmmakers were not killed. Riveting stuff. The tour of the worst slum in West Africa is just unbelievable.

CHet Baker was a homo.